Think you know what World Wrestling Entertainment (WWE) is all about? You might be surprised to read about WWE's emerging social media story.

“WWE” ranked #3 for most searches on Yahoo! in 2009, behind only Michael Jackson and Twilight. (As I write this, WWE is the top-trending search term on Yahoo!) And WWE.com has more than 14 million average monthly unique visitors worldwide.

More significantly, WWE’s own social networking site has 610,000 registered users who participate in forums, comment on blogs, and consume the millions of photos and videos that WWE updates continuously.

Therein lies the conundrum for WWE’s web production team. When you already have millions of fans engaging with you, do you really need to add Facebook and Twitter?

For WWE, the answer was yes.

“If you can’t beat ‘em, join ‘em,” said Mark Keys, VP of web production, digital media. “People were engaging on those sites and communicating about our products anyway, so we might as well embrace them and bring them into the fold.”

But even WWE, accustomed to its enthusiastic fandom, didn’t expect the welcome it received.

The Party’s at WWE – and Only at WWE

It’s not that WWE hasn’t embraced social networking. The brand actually came fairly early to the social media party – but held the party at its own house.

Two years ago, WWE launched its WWE Universe site, a hub for fans to interact directly with more than 200 performers – called superstars and divas in WWE lingo. The site features wrestler profiles, along with forums, photos, videos, chat and blogs. You can even “friend” other fans and performers Facebook-style.

Many of the wrestlers and commentators blog about recent or upcoming matches. And just like in the business world, blogging helps each WWE performer build his or her brand – or in this case personality – with the fans. In turn, the more engaged fans are with the performer’s story, the more likely they are to tune in.

Fans from all over the world post words of encouragement to superstars and divas, or debate who’s going to come out on top in the next Smackdown.

They can peruse videos of the most recent events and more than 3.3 million photos, or even create their own “smash-up.” You pick the videos and the theme music to make your own two-minute video montage.

Fans can create their own “smash-ups” on www.wweuniverse.com.

One of the site’s most popular features, live chat, runs during live TV and pay-per-view events, with performers joining in from the arena and WWE hall-of-famers as hosts. On average, each fan stays active in live chat for an impressive 45 to 50 minutes each session.

Going Where the Fans Are

As social networking has become more and more popular, the question of whether to join was increasingly pressing. Keys and his team didn’t see a clear business case for jumping in.

“To be completely honest, two years ago we didn’t care about social networking because we didn’t have to,” Keys said. “Our audience was so engaged on our site that they consumed whatever we put up there. Why would I send my audience over to other brands? I don’t need their engagement because I have such a rabid fan base.”

The turning point? They realized that fans were talking about WWE on Facebook and Twitter – with or without them.

Moreover, WWE had a huge problem with imposters pretending to be superstars and divas, on Twitter in particular, pushing the network to establish an official voice.

However, WWE wanted to do it right. Three months ago, they quietly created corporate Facebook and Twitter accounts – without promoting them – as a test of sorts.

“We’re not rushing into anything,” Keys said. “We want them [fans] to have the best and highest-class experience they can have with the same robust quality experience of our TV and the website.”

They also set up Twitter accounts for many of their top performers. Within just two hours of his first tweet, superstar John Cena had amassed 5,000 Twitter followers, with the number growing to 30,000 in his first week.

WWE is upfront about being a scripted TV show. In the arena and out, performers follow a set storyline. WWE superstars and divas can choose what to post on Twitter but mostly stick to their WWE storylines, with some reality peppered in.

When some of the stars got ash-trapped in Ireland, with flights halted because of the volcano, they tweeted about the predicament.

To maintain brand consistency across social networks, WWE created a “W” logo to distinguish Twitter and Facebook from imposters. 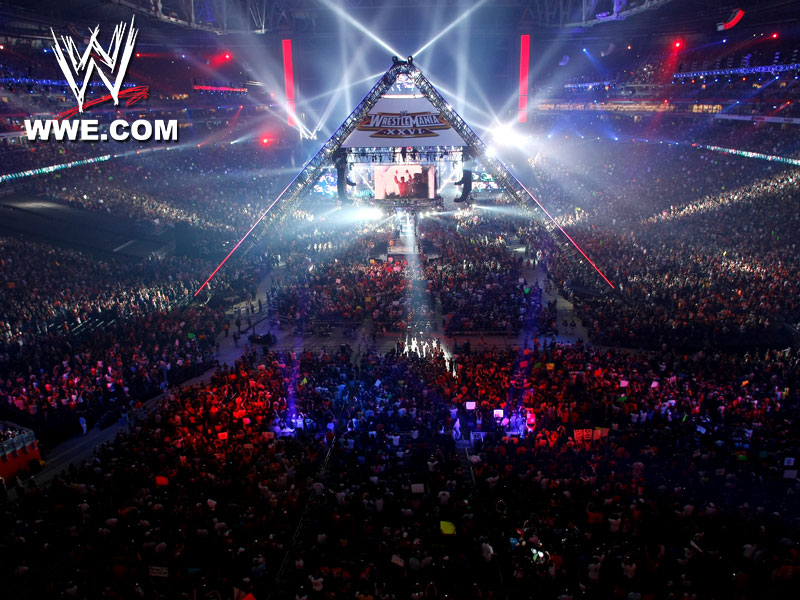 Though initially under the marketing team at WWE, the digital content division now manages social networks, realizing that it’s largely about online content.

About five staff members devote part of their time to the WWE Universe site, Facebook and Twitter. The team tweets about 10 to 15 times every day, posting news and links back to videos, photos and other content to encourage fans to come back to WWE Universe.

They schedule tweets and follow inbound social networking hits with HootSuite and use Omniture for more advanced web analytics. While WWE could outsource comment moderation to a number of professional companies, it has so far chosen to keep its hand in oversight and responses.

The WWE Brand by the Numbers

WWE has not yet started actively promoting its Facebook and Twitter accounts on the WWE Universe site. So far, the only evidence is a Twitter feed on its website that streams all WWE and performer tweets.

In the coming months, it will put its “foot on the gas” and begin telling its community of users about Twitter and Facebook. Icons for both sites will encourage fans on the WWE Universe site to share any of that content with their friends and contacts – opening the whole world of WWE content for fans to post.

By having mainstream and its own social networks, WWE expects to increase traffic and content sharing going both directions exponentially.

“If you go to superstar pages, we have very close to three million total fans on branded pages,” said Corey Clayton, online community leader at WWE. “It’s a vast network to reach out to and we’ll easily triple that in two weeks.”

As the brand goes full-force with social networking outside of its own site, WWE aims to evolve less-frequent website visitors to more active users. In doing so, they indirectly hope to increase pay-per-view sales, website page views and product sales.

“If we engage someone on Twitter who is a lapsed fan or bring new people into the product, then we’ve done our job well,” Keys said. “We’re now following the philosophy of going where the audience lives instead of getting them over to our house.”

Steal Some Moves From WWE

The online community is likely talking about you anyway. Go where they are, engage and give them fresh content regularly.

#2: Stick to your storyline

WWE performers follow a set storyline with fans in the arena and out. No matter what you sell, always stick to the story of your brand, product or service.

Include the same logo on all social media to separate yourself from other fan or imposter accounts on Twitter and Facebook.

How about you? Are you a WWE fan? Are you meeting your best fans in the social networks where they hang out? How do you ensure you stick to your brand story in all of your social media activities?