Join us for this special “year in review” episode of the Social Media Marketing Talk Show, where we explore the major Instagram and LinkedIn marketing news of 2018.

To watch our latest episode from Friday, December 21, 2018, click on the green “Watch replay” button below and sign in or register.

Instagram Introduced IGTV: On the June 22 and September 7 broadcasts of the show, we discussed the rollout and expansion of IGTV, a new Instagram app designed for watching long-form, full-screen vertical videos from your favorite creators. (4:30)

It’s a big day for Instagram. We’re launching IGTV — a new app designed for watching and creating video on your phone. The experience is native to mobile, with full-screen vertical videos, and the videos can be longer, not just short clips. It’s built on Instagram, so you’re already connected with your friends and favorite Instagram stars from the start. We also announced today that Instagram has reached 1 billion people. There are few products this widely used — congrats Kevin, team, and the whole community who use Instagram every day to inspire, educate and entertain each other. I’m excited to see the new ways all of you will use IGTV.

Two months later, TechCrunch reported that the long-form video hub experienced a slow start and was difficult to adopt when compared to other features like Stories. According to TechCrunch, six of the feature’s launch partner creators’ “recent feed videos are getting roughly 6.8X as many views as their IGTV posts.”

Instagram Rolled Out More Robust Shopping Features: On the September 21 broadcast of the show, we explored two new ways Instagram is making it easier to shop directly from the app. These include expanding Shopping in Stories and testing a new shopping channel in Explore. Instagram began testing Shopping in Stories in June 2018 and began rolling it out globally to 46 countries earlier this year. (10:39) 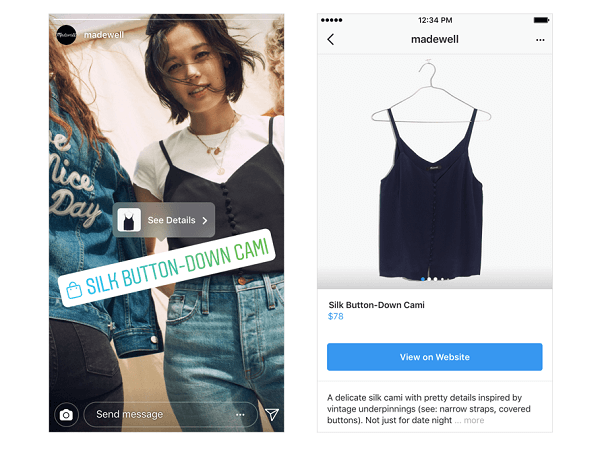 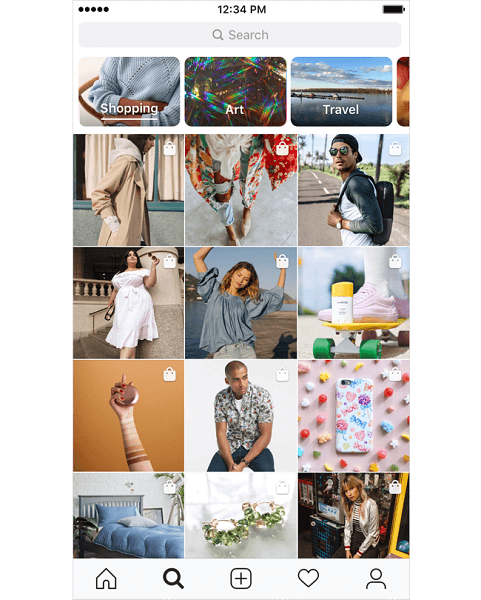 Instagram Shared Algorithm: In June 2018, Instagram shared which factors are weighed by its algorithm to decide which posts appear in a user’s personal feed. On the June 8 broadcast of the show, we examined the three main considerations used by the platform for determining what to surface in the Instagram feed. These include interest, recency, and relationship. Instagram also addressed several “myths” about how it ranks content. (14:27)

Instagram Tests Exclusive Creator Accounts: Instagram is testing exclusive creator accounts with a “small group” of high-profile influencers. The tools are tailored just for influencers and include growth insights such as data around follows and unfollows, direct messaging tools that allow users to filter notes from brand partners and friends, and flexible labels that allow users to designate how they want to be contacted. (17:56)

Instagram Rolls Out Interactive Countdown Clock Sticker for Stories: Instagram introduced a new interactive countdown clock sticker for Stories. Users have the option to select the date and time for their countdown clock and the ability to customize the message and color of the sticker. Their followers can then opt to receive reminders about the countdown or share it with their own audience on Instagram Stories. (22:08)

I love the new Countdown sticker on @instagram – can think of so many fun ways to use it for brands. pic.twitter.com/R4GgWUHpeT

LinkedIn Updated Personal Profiles and Company Pages: On the April 13 broadcast of the show, we reviewed LinkedIn’s new look for personal profiles with our guest, Viveka von Rosen. LinkedIn added more details and connection information to the headers of members’ personal profiles. Some of the updates included a shift in the profile image placement that may affect the background image, a new Contact menu to the right, an extended Summary section, and more. (39:55) 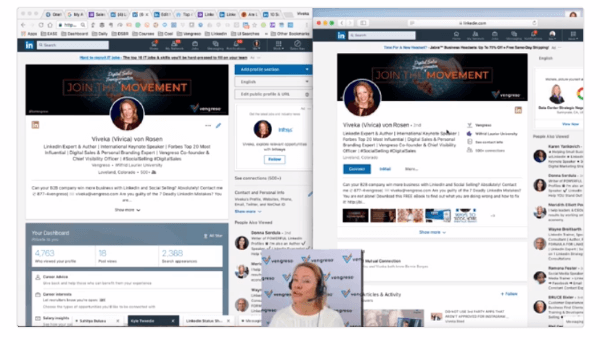 In November, LinkedIn announced it rebuilt company pages “from the ground up” and began rolling out the new experience in the U.S., with plans to expand globally in the following weeks. On the November 16 broadcast of the show, we explored each of the new tools and features now available on LinkedIn’s company pages. These include the Content Suggestions tool for page admins, a suite of tools that help businesses better engage employees on the platform, and more advanced analytics.

LinkedIn Relaunched Groups: On the August 24 and September 28 broadcasts of the show, we discussed the newly rebuilt LinkedIn Groups, which now offers more dynamic conversations with embeddable videos; multiple images; and other rich media in posts, alerts, and much more. The new LinkedIn Groups experience was released across mobile and desktop in September. LinkedIn stated that all groups should have been migrated to the new experience. (42:44) 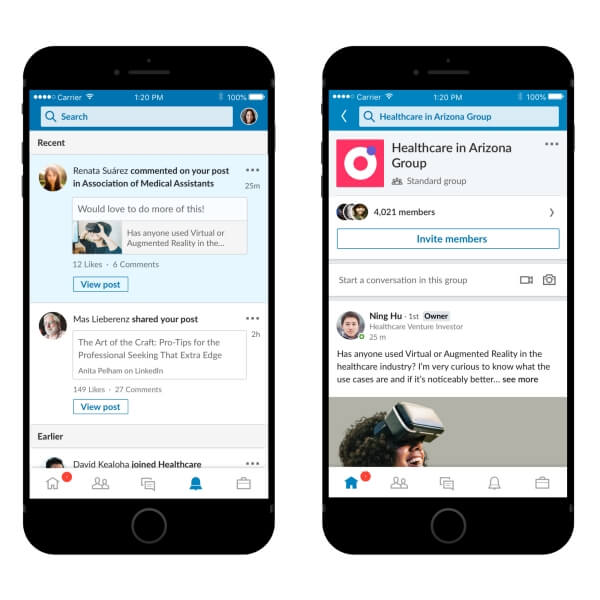 LinkedIn Introduces Video Captions, Articles Quotes, Translations, and More: On the July 20 broadcast of the show, we broke down each of the several new improvements LinkedIn rolled out to help members start conversations on the platform. These new features included the option to add closed captioning to videos posted from the desktop, as well as the ability to easily highlight and share quotes from LinkedIn articles and save drafts of posts to edit and complete later on mobile. (48:01) 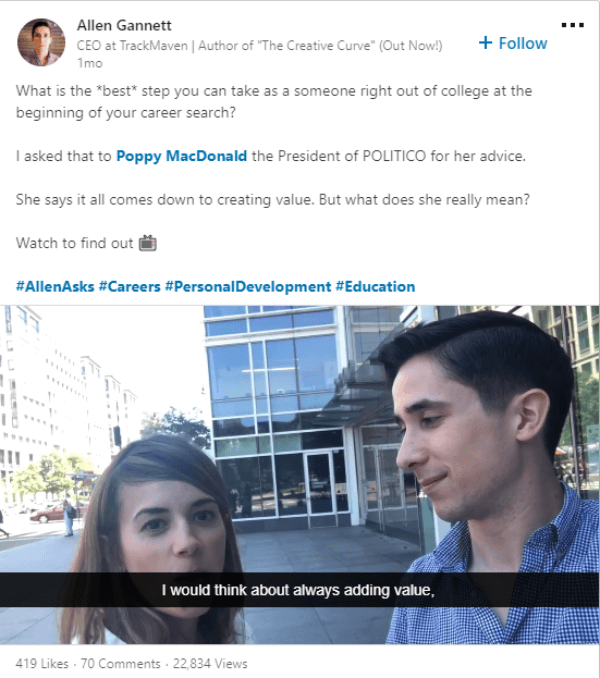 LinkedIn also rolled out a new Me tab, which offers a “quick and easy” shortcut to all of the content members have shared, written, or recorded for the site. 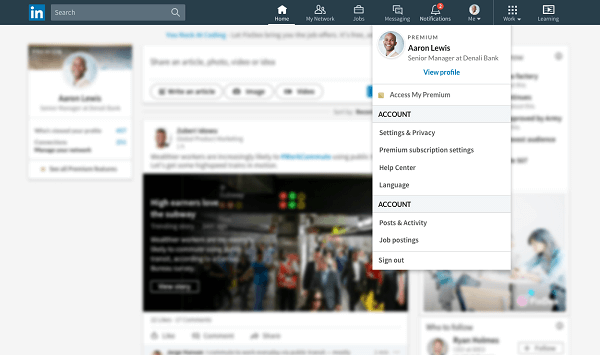 On the November 30 broadcast, we noted that LinkedIn is currently in the process of rolling out a revamped Share box, with completion expected in the coming weeks. The new Share box makes it easier for users to select the audience for each of their posts: public, connections only, or to specific groups. 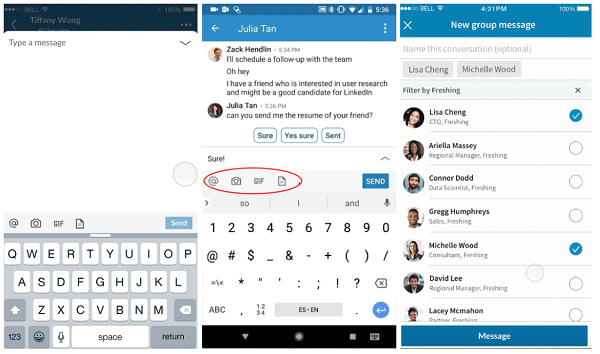 LinkedIn also added the option to include emojis in messages sent from the desktop, @mention people, and seamlessly copy and paste images from screenshots or the web into your LinkedIn messages.

This past April, LinkedIn partnered with Google-owned Tenor to integrate GIFs directly into LinkedIn’s Messaging platform. On the April 13 broadcast, we discussed how members can quickly and easily search for GIFs within the messaging text field and send them on the spot. The GIFs feature in LinkedIn Messaging began rolling out to all users several months ago and should now be available globally. 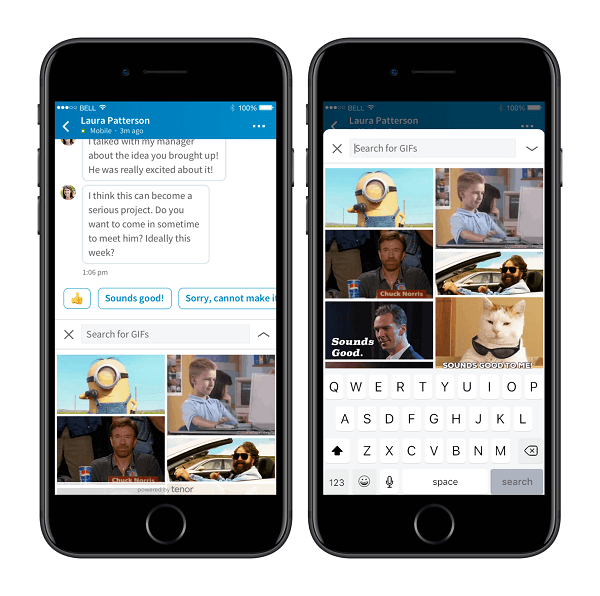 LinkedIn added the ability to share a location to meet up with 1st-degree connections directly in LinkedIn Messaging. This new feature began rolling out to all mobile users on both the iOS or Android at the end of November 2018. 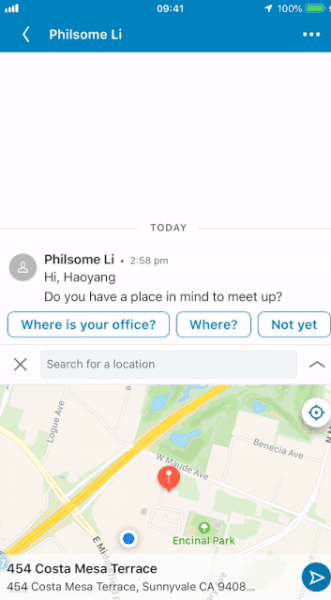 LinkedIn Began Testing Events Tool for Offline Meetups: On the November 16 broadcast of the show, we shared that LinkedIn is experimenting with a new Events feature that works very similarly to Facebook Events. With LinkedIn Events, members will be able to seamlessly create and join professional events, invite their connections, have conversations with other attendees, and stay in touch online after the event ends. LinkedIn is currently testing this new feature as part of a pilot program with 500 event organizers in New York and San Francisco. (51:29)

LinkedIn Overhauls Campaign Manager and Introduced Several New Ad Products: In July 2018, LinkedIn released a newly redesigned Campaign Manager interface and reporting experience that makes it “easier to understand how your campaigns are performing and quickly optimize for better results.” On the August 3rd broadcast of the show, we explored the major enhancements to this update, which include new fresh navigation tools, faster-loading data, improved search capabilities, and much more. (53:30) 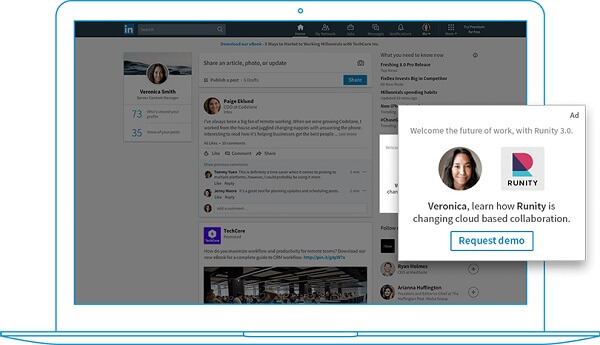 In early November, the company announced the beta release of objective-based advertising optimization and pricing in the Campaign Manager. According to LinkedIn, this new campaign creation experience will “make it easier to create campaigns and measure their impact” and expected to be available to all LinkedIn advertisers sometime in mid-2019.