We all want to see our Facebook Page skyrocket in numbers. And, there are many tactics for doing so. However, the fact is that numbers don't necessarily equate to engagement and return on investment.

In the short run, an increase from 1,000 to 10,000 fans might look great to your boss or client, but when the fans start dropping off at a rate of 100 or 200 per week, and nobody answers the questions you put on your wall, you may not look like quite the hero anymore.

This article will reveal some effective tactics to gain quality Facebook

END_OF_DOCUMENT_TOKEN_TO_BE_REPLACED

Get our latest articles delivered to your email inbox and get the FREE Social Media Marketing Industry Report!

For Microsoft's Xbox support team, there's no such thing as unwanted messages on Twitter – no matter how vulgar they may be.

So why is a $58 billion company spending time listening to off-color tweets?

Because "foul-mouthed tweens" just might be the first tip-off of a major service outage. Before any calls or emails come in, the support team can catch a tweet and get technical folks on the task.

This article reveals how the Xbox team relies on Twitter to reduce support costs.

END_OF_DOCUMENT_TOKEN_TO_BE_REPLACED

How can you quickly encourage people to become followers of your Facebook page?

This is the most common question I get from clients.  The truth is it takes time to build a new fan base from scratch.

From the day you set up a Facebook page, it does require an ongoing commitment to brand, monitor, and network with people who find interest in your product. Besides quality service, it's important to build close-knit relationships with visitors.

END_OF_DOCUMENT_TOKEN_TO_BE_REPLACED

According to the 2010 Social Media Marketing Report , 67% of marketers plan to increase their use of social media channels including blogs, Twitter, and Facebook.

As more companies integrate social media into their marketing and communications plans, emphasis needs to be on creating a social media strategy.  Without a strategy, you’ll undoubtedly be sucked into a social media time sink.

So how exactly do you develop this strategy?

It’s easy.  Here’s a practical approach to developing a social media strategy for your business.

END_OF_DOCUMENT_TOKEN_TO_BE_REPLACED

Whether you’re planning a real-world event (like a conference, tweetup or political gathering) or a virtual event (like a webinar or teleclass), social media can be an inexpensive, cost-effective way to build buzz, fill seats, and turn a one-off gathering into a recurring event.

The trick is to know which social media tools to use and when to use them.  This article contains 12 useful social media tips designed to help your events shine.

END_OF_DOCUMENT_TOKEN_TO_BE_REPLACED

Did you know that Facebook automatically lets anybody see every video, picture, and status update you've ever posted?

Whether you're using Facebook for business or personal reasons, the good news is that new privacy settings enable you to change exactly who sees what within Facebook.  And those changes impact every prior post you've ever made.
New Facebook Privacy Updates
Public outcry over Facebook's complicated privacy settings hit a peak in the spring of 2010.  See this AP video below:

END_OF_DOCUMENT_TOKEN_TO_BE_REPLACED

While there are many success stories of people using social media for personal and business reasons, there are also plenty of people who may feel their efforts are not paying off.

Whether you use social media to market your business, increase sales, promote your blog, or raise awareness for a non-profit organization, here are six reasons social media might not be working for you—along with ways to overcome these problems.

END_OF_DOCUMENT_TOKEN_TO_BE_REPLACED

Are you looking to take your Facebook page to the next level, but aren’t sure how to go about it? This article will provide four proven steps to Facebook success.

An interesting thing happened the other day that grabbed my attention.  Three different clients emailed me with a link to a recent article.  All three wrote some version of “Check out this case study. Can you make this happen for my Facebook page too?”

The title of the article was enough to hook anyone: Facebook Case Study: From 517 to 33,000 fans in two weeks (plus media

END_OF_DOCUMENT_TOKEN_TO_BE_REPLACED

How many ways are you leveraging your blog posts?

Most people write a post and that’s the end of it. You’re probably syndicating your blog feed to the usual places: Facebook, Twitter and LinkedIn, at the very least. And that’s a good thing.

Yet there are many other ways to get more mileage out of your content.

As discussed in one of my prior articles, content syndication is just one part of the equation.  But to really get the most leverage from your blog, think about how many ways you can repurpose the content (and then syndicate

END_OF_DOCUMENT_TOKEN_TO_BE_REPLACED 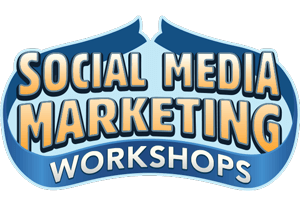 Think you know what World Wrestling Entertainment (WWE) is all about? You might be surprised to read about WWE's emerging social media story.

END_OF_DOCUMENT_TOKEN_TO_BE_REPLACED

Social media isn’t something that we’re born to do. Yes, we’re social creatures by nature, but let’s face it... you were plenty busy before Twitter, Facebook, and LinkedIn came along.

The truth is, most marketers simply don’t have the time to use all of these tools on a daily basis.

So the trick is to create and maintain a social media presence in as little time as possible, while remaining effective and worthwhile.

Here are three tips to manage your social media presence in as little as 10 minutes per day.

END_OF_DOCUMENT_TOKEN_TO_BE_REPLACED

Facebook's new community pages have created a lot of confusion for businesses.  Many companies have been surprised (and many angry) to find their brands showing up in community pages that are fully outside of their control.

The root of the anger: Businesses have invested in Facebook pages only to find community pages appearing that seem to compete with their pages.

This article is designed to demystify Facebook community pages and provide you with important actions you can take.

END_OF_DOCUMENT_TOKEN_TO_BE_REPLACED

If you use Twitter, chances are you've tweeted from a live event.  But there's so much more Twitter can offer.  In this article, I'll share three secrets you've likely never heard of...

But first, why do you attend offline events? Is it the lunch (invariably chicken and rice)? Maybe the dorky name tag? Or perhaps you’re lured to the junk contained in a $5 laptop bag made in China?

No, no and no. You go to events and conferences for something more than a snack and some SWAG.  You go to learn something and grow your personal network.