In this article, you’ll learn what ThruPlay optimization is and what it means for Facebook video ad campaigns. 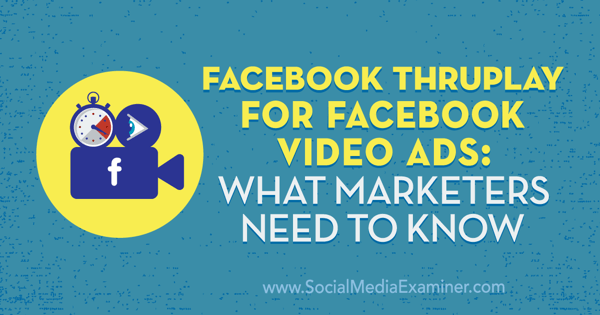 In September 2018, Facebook introduced ThruPlay ad optimization for video views campaigns. Facebook counts a ThruPlay when your video ad is watched to completion, or for at least 15 seconds (if your video is longer than 15 seconds). The optimization “is available with auction or reach and frequency campaigns.”

Starting July 31, 2019, Facebook will pause existing campaigns that were set up with the 10-second video views optimization. Advertisers will need to adjust those campaigns to use the ThruPlay optimization.

When you create new campaigns with the Video Views objective, you’ll have two choices when optimizing for ad delivery: 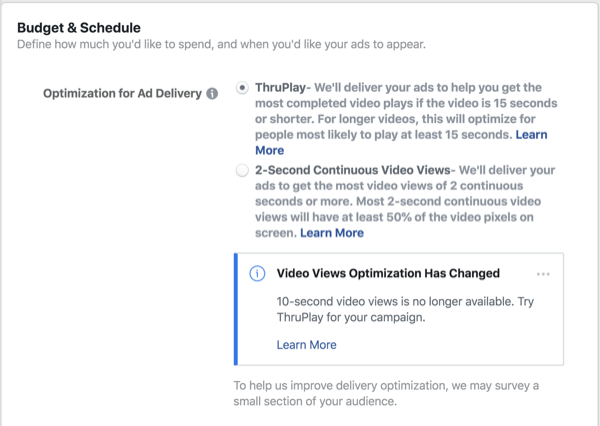 In addition to the ad optimization change, Facebook allows you to decide how you want to be billed for video views: by impressions (each time your ad is served) or ThruPlays (when your video is watched to completion or for at least 15 seconds). The impressions option is the default. 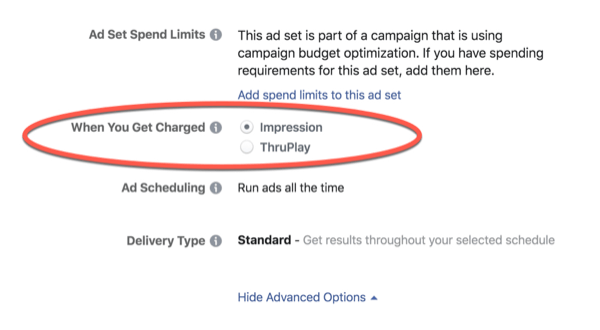 What’s the Difference Between the ThruPlay and 10-Second Video Views Optimizations?

At first glance, ThruPlay optimization sounds as if Facebook will optimize your ad to reach people who will watch the video all the way through to the end, and that’s the case if your video is 15 seconds or shorter. For videos longer than 15 seconds, however, Facebook will use ThruPlay optimization to serve your ads to people who are more likely to watch the video for at least 15 seconds.

For advertisers promoting videos longer than 15 seconds, the slight shift from optimizing for 10-second video views to 15-second ThruPlays may not seem like that big of a change, but according to the numbers, it can be significant.

SAVE $600 on Your On-Demand Ticket - Sale Ends Friday!

Travel to Social Media Marketing World off the table? Get all of the great content at a fraction of the price with an On-Demand ticket.

That’s full access to recordings of every keynote, every workshop, and every session—the ones people travel thousands of miles to see. Don't wait. Get your On-Demand ticket now!

YES, I WANT TO SAVE BIG ON MY TICKET 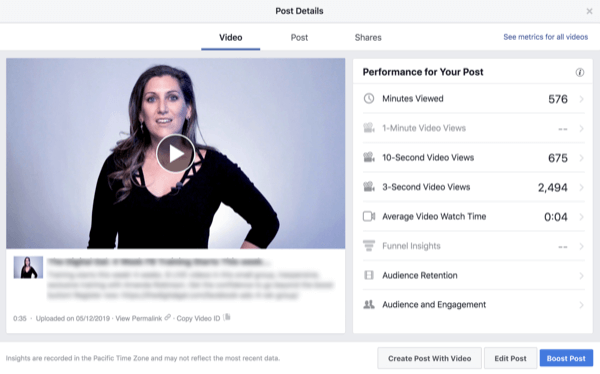 If the video seconds watched continues to degrade at that same per-second rate, you’d expect another dramatic drop in the number of people making it to the 15-second video view mark.

If you’re producing videos that are 15 seconds or shorter, optimizing a video to be watched through to completion has the potential to produce better results, especially if you’re considering Facebook and Instagram Stories ads, which have a maximum of 15 seconds per ad clip.

In this SquareSpace Stories ad, the call to action (CTA) is presented in the last 5 seconds of the video. Under the old 10-second video views optimization, Facebook would have optimized the ad to serve it to people who are likely to view the video for up to 10 seconds but who may not complete it. This means that not all of the people the ad is optimized to reach are watching to the end and thus they’re missing the CTA. 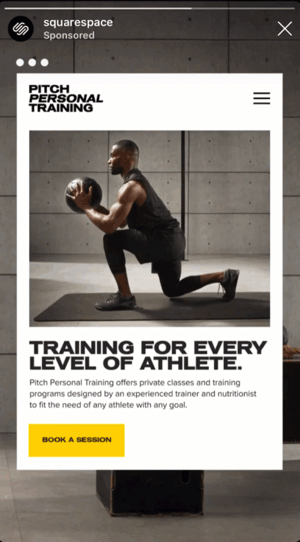 With ThruPlay optimization, though, Facebook will serve the ad to more people who are most likely to watch the video through to completion, and in turn, reach the CTA. This can be quite beneficial to advertisers, especially for those using the Stories placement in their ads.

Can I Use ThruPlays as a Retargeting Option in Video Engagement Custom Audiences?

Your video engagement custom audiences are accumulated on both organic posts and ads, so the 3-second and 10-second video views metrics can be used for your custom audiences—and ThruPlays can’t. 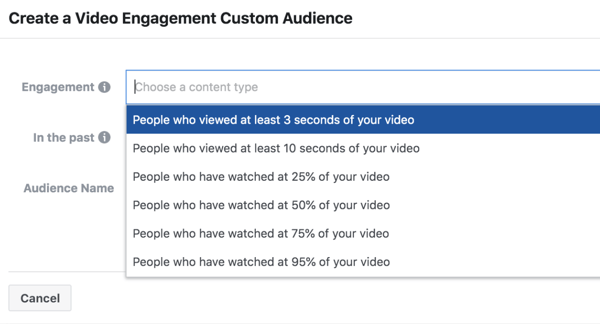 #1: How to Set Up a Facebook Campaign With ThruPlay Optimization

To set up a campaign with ThruPlay optimization, start by creating a new campaign in Facebook Ads Manager. Select Video Views as the campaign objective, name your campaign, and click Continue.

At the ad set level, ThruPlays is automatically selected as the default optimization for your Video Views campaign. You can scroll down to the Budget & Schedule section if you want to change it to 2-Second Continuous Views. Also decide if you want to be billed for your ads based on impressions or ThruPlays.

Note: If you don’t see ThruPlay as an option and instead see 10-Second Video Views, your account hasn’t yet received the update, which is rolling out to all accounts.

Make any other adjustments you want to your ad set, including choosing your targeting and ad placements. Here are the available ad placements for ThruPlay optimization: 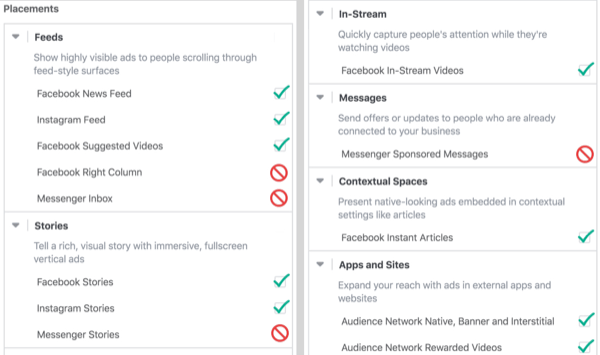 At the ad level, decide what ad type to use. With ThruPlay optimization, you can choose from three ad formats:

Upload your creative or choose an eligible existing post, and then publish your campaign. 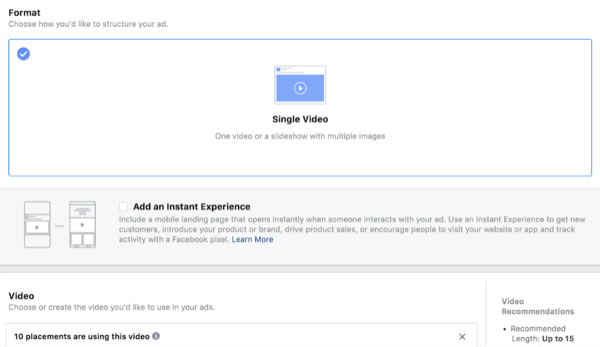 #2: How to Edit an Existing Facebook Video Views Campaign

If you have existing active ad campaigns using the Video Views objective, you’ll need to adjust those campaigns to use the ThruPlay optimization. 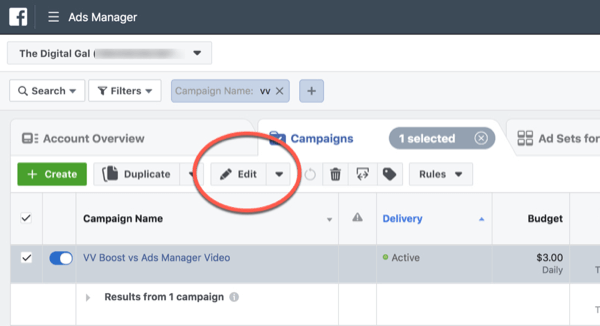 Next, select the ad set you want to edit. Then scroll down through your ad set options on the right to find the Optimization & Delivery section. Choose whether you want to optimize your ads for ThruPlay or for 2-Second Continuous Video Views.

#3: How to See Video Views and ThruPlay Results in Ads Manager

For the Video Views campaign objective, you only have two choices for optimizing your ads: 2-second continuous views and ThruPlay. So why are we still talking about 3-second and 10-second video views?

Even though you only have two options for optimizing your video views ads, all four of these metrics are still measured for ad engagement and are available on your reports across Facebook.

To view this data, open the Campaigns tab in Ads Manager. Then click the Columns drop-down menu and select Video Engagement. 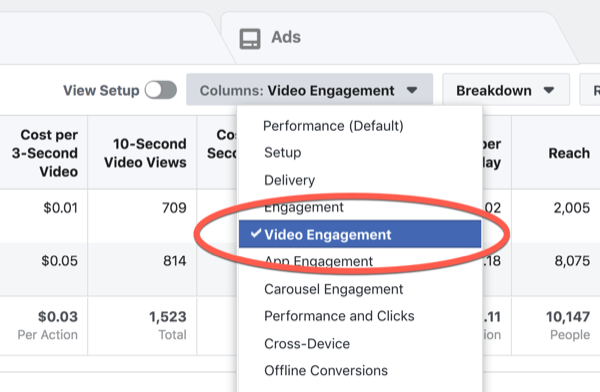 Does this mean your ad costs are going up? In short, no. It means that how your video views campaign results are calculated on your default reports has changed and it may appear as though your cost per result has increased.

Let’s look at an example of the same group of campaigns calculated two different ways.

First, look at the cost per result for 10-second video views. This is formerly the default results metric calculated on your reports for video views campaigns.

And here’s the cost per results for ThruPlay optimization. This is the current default results metric calculated on your reports for video views campaigns. 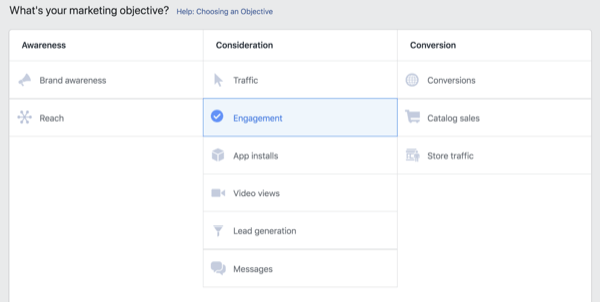 An ad optimization is a way to further indicate the event for which you want your ads to be optimized to get the best results as efficiently as possible for your chosen objective. Which optimization options you see will depend on the campaign objective you’ve selected.

In the example below, Impressions, Post Engagement, and Daily Unique Reach are three optimization options you can choose from. Each optimization choice influences to whom Facebook will deliver your ads within your targeted audience: 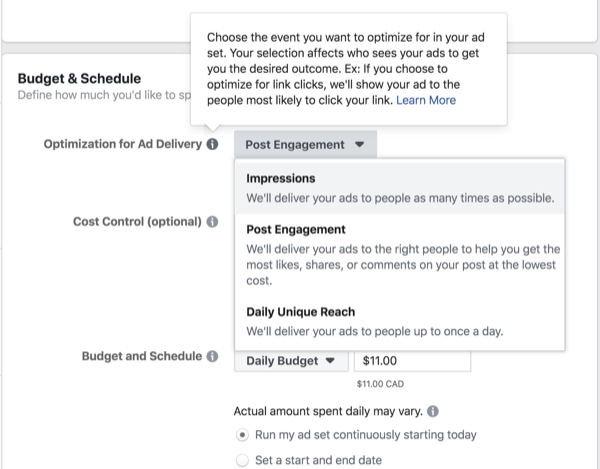 Facebook is constantly evolving their ads platform, and with it, the ad-buying process. ThruPlay is an ad optimization that Facebook rolled out as an option for advertisers to achieve more video views to completion or to 15 seconds, whichever comes first.

If you have video views campaigns in progress that are using the 10-second video views optimization, you’ll need to edit your campaigns and change the optimization to either ThruPlays or 2-second continuous views before July 31 or these campaigns will be automatically paused.

Facebook says that “for each dollar spent in a campaign, ThruPlay optimization performs comparably to 10-second video views optimization in driving incremental ad recall and brand awareness.” Facebook believes this move will simplify ad buying and better align their offerings with what advertisers value.

What do you think? How do you think ThruPlay optimization will affect your video views campaigns? Share your thoughts in the comments below.