An Illinois senator who was virtually unknown in 2004 defeated Hillary Clinton in 2008 to win the Democratic U.S. presidential nomination.

And he used social media to do it.

His YouTube videos got 110 million views, estimated to be 14.5 million hours of viewing. Mass media advertising to reach that many viewers would have cost $47 million.

A famous rapper made a promotional video that gave him even more free publicity.

At the time of the election, he had five million fans on Facebook — over four million more than his opponent. On MySpace, the numbers were approximately 800,000 and 200,000, respectively. On Twitter, he had over 100,000 followers and his opponent had about 5,000.

And he rode that social media train all the way to the White House.

“If not for the Internet, Barack Obama would not be president or even the democratic nominee,” said Arianna Huffington.

Specifically, if not for social media, Barack Obama would not have become the 44th president of the United States.

And that is how social media is changing the world as we know it.

Social Media Is Changing the World 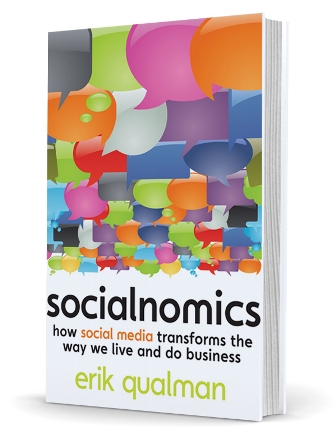 Erik Qualman wrote a book on this topic called Socialnomics: How Social Media Transforms the Way We Live and Do Business. Its tagline is “It’s a people-driven economy, stupid!”

And he says that’s a good thing. He believes social media will save billions of hours of productivity, make companies more accountable and efficient, and make products and services better.

It could even make your own life more fulfilling and productive.

Sally is in a supermarket checkout line on the Fourth of July weekend. She thinks it will take 10 minutes to reach the cashier. But instead of wasting that time, she uses her mobile phone to check her social media updates:

SAVE $600 on Your On-Demand Ticket - Sale Ends Tuesday!

Travel to Social Media Marketing World off the table? Get all of the great content at a fraction of the price with an On-Demand ticket.

That’s full access to recordings of every keynote, every workshop, and every session—the ones people travel thousands of miles to see. Don't wait. Get your On-Demand ticket now!

YES, I WANT TO SAVE BIG ON MY TICKET

“This is a simple example of why social media isn’t just for teenagers with too much idle time on their hands,” Qualman says.

It’s Not Just for Kids Anymore

It’s also for the new father who wants to find a good child safety seat. Instead of searching the Internet, he searches his social media sites. Within minutes, he sees that 14 of his friends bought the same child safety seat and they all recommend it highly.

And it’s for the woman planning a trip to South America. Instead of scrolling through 400 reviews by people she doesn’t know on a travel review site, she checks her social media sites. She sees that two of her friends went to Chile and rave about it. It’s within her budget, so she makes a reservation.

“One of the key maxims of this book is that wasting time on Facebook and social media actually makes you more productive,” says Qualman.

He claims online voting alone would save $6.7 billion in lost productivity during a presidential election because people won’t have to travel back and forth to the polling place.

And companies that monitor social media sites could quickly find out about problems that can easily be fixed. They can ask their followers to recommend product enhancements and even new products.

Who needs expensive focus groups and questionnaires when you have tens of thousands of Twitter followers? “The days of advertising executives sitting behind two-way mirrors munching on stale chips and M&Ms will become a distant memory,” says Qualman.

Qualman’s book has dozens of examples of Socialnomics in action:

Read about the 83-year-old man and the young mother of three who both say using social media has led to happier, more productive lives.

And the 22-year-old man hired by Apple who had never sent an email in his entire life. He preferred IM, texting, calling using his cell phone and communicating on Facebook.

In fact, as of 2013, Boston College will no longer give incoming freshman an email account.

Qualman doesn’t even think much of the Internet. “Search engine results and the traditional Internet advertising model are antiquated. Social media will push both of these to revolutionize, otherwise they will see a dramatic decrease in market share.”

But spam filters and popup blockers do the same thing for Internet advertising as TiVo, mute buttons, and digital video recorders do for TV commercials. Consumers have made it crystal-clear that they do not like traditional interruptive advertising. Will advertisers ever listen?

And if Internet advertising is antiquated, traditional mass media advertising may soon be prehistoric. Qualman says the famous “Dancing Matt” YouTube videos have been watched by more than 33 million people as of April 2009. They were even shown on one of the large video screens in Times Square!

“The best part is the video is still being viewed by millions, which is completely different from a one and done television commercial.”

So once again, Social Media Examiner asks: Are you still sitting on the fence when it comes to social media?

If so, download and read your FREE copy of 2010 Social Media Marketing Industry Report: How Marketers Are Using Social Media to Grow Their Businesses. “If you’re still unsure about social media marketing,” report author and Social Media Examiner founder Mike Stelzner says, “I hope that these findings will help push you over the edge.”

Or maybe just push you off the fence. You may not be ready to jump off a cliff just yet.

We’ll let Erik Qualman have the last word: “Companies can elect to do business as usual at their own peril. We are at the start of a newer and brighter world for consumers and businesses; this is the world of Socialnomics.”

Have any of you read Socialnomics? If so, what do you think? Feel free to comment below.

About the authorRuth M. Shipley

Ruth M. Shipley is a freelance researcher and writer who loves to write a good story. Because that’s what most people love to read! See her Social Media Examiner page for more stories about social media books.
Other posts by Ruth M. Shipley »