On this week’s Social Media Marketing Talk Show, we explore Snapchat Lens and Location tools with Shaun Ayala and other breaking social media marketing news of the week!

If you’re new to the show, click on the green “Watch replay” button below and sign in or register to watch our latest episode from Friday, June 1, 2018. You can also listen to the show as an audio podcast, found on iTunes/Apple Podcast, Android, Google Play, Stitcher, and RSS.

Snapchat Launches First Lens That Responds to Sound: Snapchat introduced a new type of Lens that “reacts not just to what it sees, but also to what it hears.” Snapchat states this is “just the first of many” and the company plans to launch more Lenses that react to sounds over the coming weeks. The first Lens with the sound reaction feature is currently available in the carousel for both iOS and Android devices. (2:08)

Snapchat Releases New Send and Receive Location Tool: Snapchat now allows users to send their ongoing real-time location to a friend or request theirs, which show up on the Snap Map and within their message thread. This is an improvement on the public and always-on, coordinate-broadcasting Snap Map sharing that raised concerns about privacy and safety. Snapchat confirms it has been slowly rolling out this new location-sharing feature to iOS and Android users “over the past few weeks.” (7:33)

Snapchat Launches Developer Platform: TechCrunch reports that Snapchat is “secretly planning the launch of its first full-fledged developer platform.” The platform, currently called Snapkit, would allow app developers to integrate the option to “login with Snapchat” into their products, use the Bitmoji avatars, and access Snapchat’s AR camera technology. Snap Inc. hasn’t yet confirmed this story. (11:51)

Pinterest gives advertisers a way to show promoted videos that take up the screen https://t.co/Ke4tDYtzFP by @mattlynley pic.twitter.com/wLoPENwvrg

Facebook Removes Trending News Feed From Platform: Next week, Facebook is removing the trending news tab along with products and third-party partner integrations that rely on the Trends API to “make way for future news experiences on Facebook.” The company is currently exploring ways to help people stay informed about timely, breaking news that matters to them, while making sure the news they see on Facebook is from trustworthy, quality sources. (46:20)

Facebook Adds Instagram-Style Polling Feature to Messenger Stories: Poll stickers, like the one found in Facebook and Instagram Stories, are now also included in Messenger Stories. Just as you do with Facebook posts and Instagram Stories, users must first upload a photo or video to the platform, select a poll sticker, and then type a question and possible answers. To see the results, you simply swipe up to see a list of viewers and how each voted.

Today, we’ve launched Polls in Messenger Stories so you can easily get feedback from friends on anything that comes to mind like what to name your new puppy 🐶 and other ❓. pic.twitter.com/Td2ZBo5Fxv 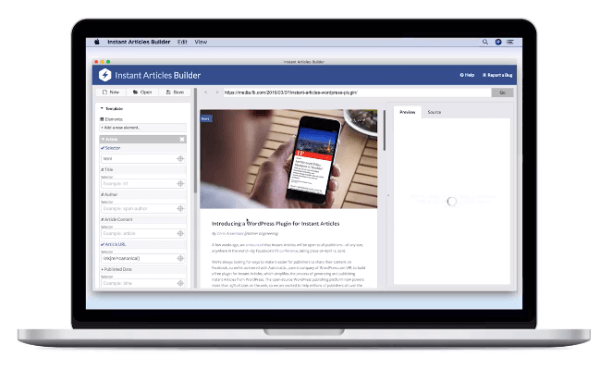 You’ll get real business-building ideas, without ever leaving your home or office.

Watch all the sessions, keynotes, and workshops when and where you want!

Periscope Rolls Out Background Audio for iOS: Periscope added the ability to continue listening to Periscope broadcasts even when the screen is turned off or while using other apps. This update is currently only available on the iOS app.

Now, you’ll be able to listen to your favorite broadcasts, even if you leave the Periscope app or lock your phone screen.https://t.co/8HjHHU9LKk pic.twitter.com/OaNZP29HS5

Facebook Tests New Monetization Tools and Top Fan Badges for Creators: In March, Facebook announced plans to test “a way for fans to become a supporter of the creators they love” through monthly payments in exchange for exclusive content or a badge highlighting their status as a supporter. Over the past few weeks, Facebook creators have seen this test in action.

It appears that Facebook’s viewers can now purchase “stars” within Facebook that can then be sent to streamers and converted into money. Sending stars is a way to “show [their] support and be recognized” by the streamer and other viewers. This example was provided by Michael Stelzner. 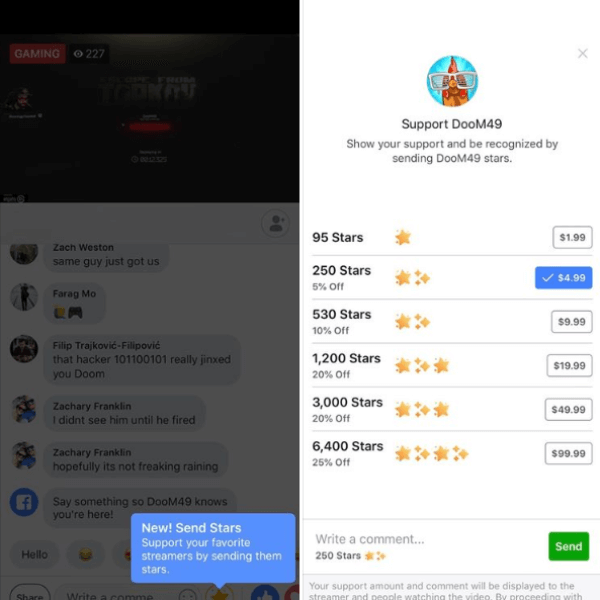 In the same announcement, Facebook introduced a new way to highlight a creator’s top fans by displaying a badge next to their names and adding them to a leaderboard of highly engaged fans. Facebook was initially testing top fan badges with “a small set of creators,” but it appears to be rolling out to more creators. This example was provided by Jennifer Priest.

Facebook Tests Review Scores on Business Pages: Facebook recently added an option for business pages to turn on review scores in place of star ratings. Unlike the star ratings, which are calculated on a five-point scale, the new review scores are based on 10-point scale and weight multiple sources including ratings, reviews, and recommendations people share about pages on Facebook. This new feature was discovered by Stacy Andrews. 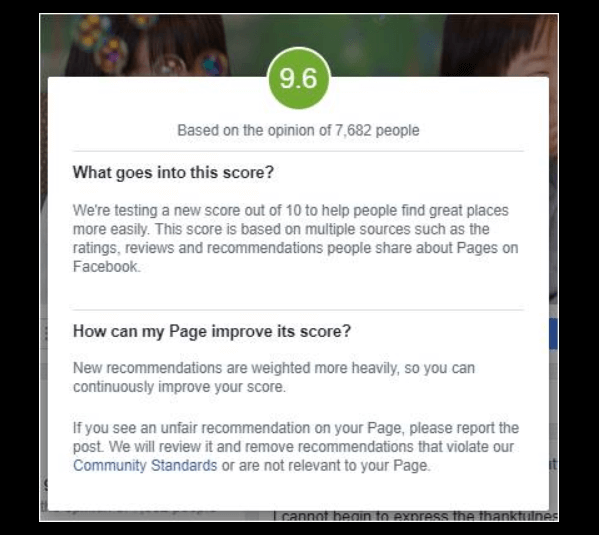 Facebook Events Tests Ticketing and Messaging Options: Facebook appears to be testing the option to allow people to ask questions via Facebook Messenger, add a free or paid admission option for an event, and set a ticketing price range when setting up a Facebook event page. This new tool includes two purchasing options, at the event or through a website, or directs people to send ticketing requests through Messenger. These new features were discovered and reported by Matt Navarra. 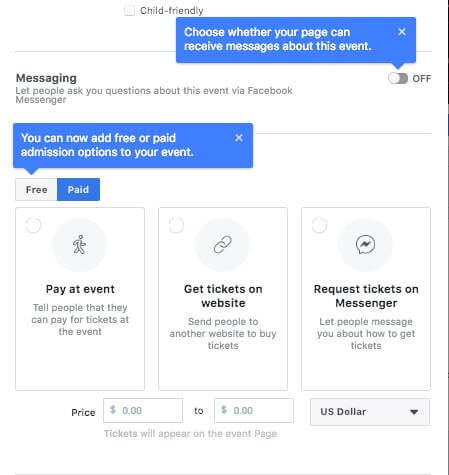 Facebook Expands “Get Together” Feature to More Groups: Facebook appears to be rolling out to more groups a new way for members to connect with one another in person. The Get Together feature provides a quick and easy way for admins to plan a time and place to meet up and post the details to the group. This new feature is available on desktop and mobile and was discovered by Abbie Alter. 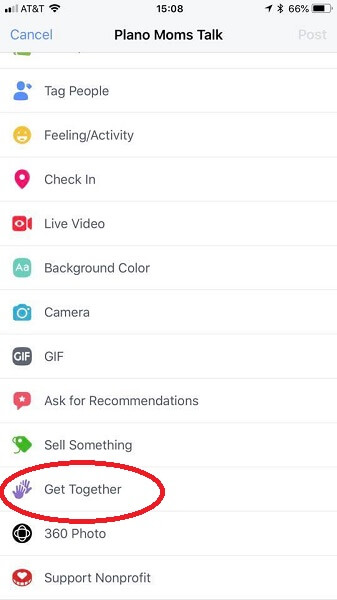 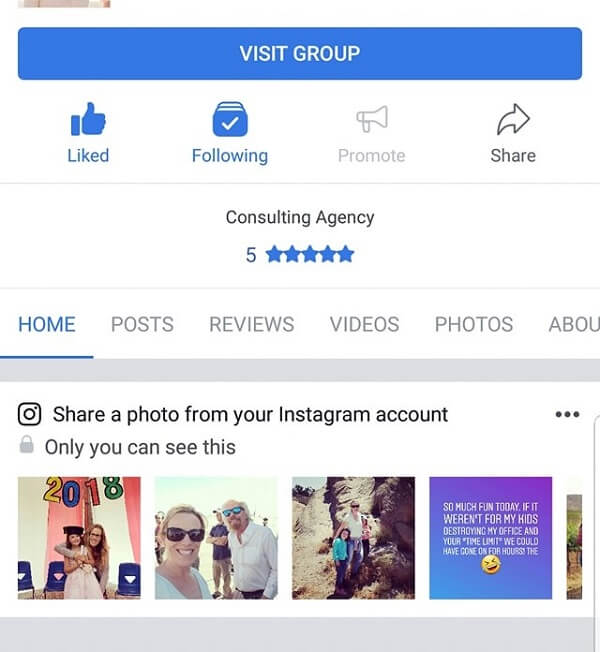 Facebook Takes Action Against Instagram Engagement Pod: Facebook appears to be cracking down on the practice of joining groups that artificially inflate members’ Instagram post popularity to increase reach and engagement. The influx of activity tells Instagram’s algorithm that “this is a popular post,” which then gains more reach in follower feeds and in Explore and boosts exposure. BuzzFeed reports that Facebook suspended several large groups “for helping hundreds of thousands of people trick Instagram’s algorithm into showing their posts to more people” earlier this month. Instagram confirmed the groups, including one with more than 200,000 members, violated its terms of service, and that they had been taken down as a result.