I recently sat down with Peter Shankman, founder of the network Help a Reporter Out, also known as HARO.

In this interview, Peter reveals why he started HARO, why it works and offers tips for starting your own social network. He also talks about how he built his community using social media.

HARO’s tagline is “Everyone Is an Expert at Something” and the site’s mission is to connect experts with journalists who are under a deadline. More than 100,000 experts are registered at the HARO site and more than 1,200 media queries are sent weekly to his global audience. 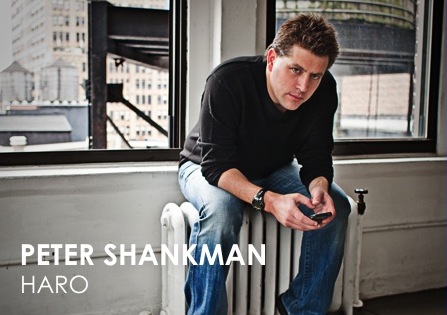 Mike: Peter, can you share a little bit about how you got started with Help a Reporter Out? What was the big idea that spawned the birth of it?

Peter: I had been working in PR for a little over 10 years. When reporters needed a hand, they’d always turn to me. I began like that. Everyone knew that I had lots of friends and lots of people I knew and I could always get them who they needed or what they needed.

Over time, it just got to the point where it was very easy to do and it became very simple. So I said, “If you ever need any help, let me know.” I started it as a Facebook group and it grew quickly to the size we are now.

Mike: Just out of curiosity, what made you decide to take these queries coming in from your friends who were reporters and actually go to Facebook and set up a group?

Peter: I’m a big believer in karma. If a reporter needs help or someone needs help, it’s a good thing to do. It doesn’t take a lot of time. You should do things more because they’re helpful and less because “they make us money.”

As HARO grew, more people were asking me questions and I did not have the time to fill in all the answers. That led to the Facebook group concept as just being a lot easier. I could post the queries to Facebook and then anyone could answer them. That was a very easy start.

Mike: I had read somewhere that there was an inquiry that came in asking for something that was really way out of your network. It was asking about soil sampling or something like that.

Peter: Yes, a reporter who was working on a story on Nigerian farming was the one who told me “You’ve got to change this.” He heard that I had tons of sub-Saharan soil experts as friends. I just sort of looked at my phone and thought, “Yes, that’s how I organize all my friends.” It took four or five hours to find him at USC, but I finally did and I said, “We have to change this. We have to figure out a better way to do this,” so HARO grew from there.

Mike: When did it start—about a year ago or more than a year ago?

Peter: I launched HARO on Facebook in November ’07 and we launched on the web in March ’08.

Mike: Talk to me a little bit about some of the more interesting stories that HARO has helped facilitate.

On a personal level, HARO has allowed me to meet so many people. Just two days ago, I met a woman who starred in the pilot episode of the original “Knight Rider.” She actually owns a KITT car and I got to ride in KITT. So I’m totally cool with that. I’m having a blast!

Mike: Very cool. What made you decide in the beginning to use Facebook as your mechanism to build your network?

Peter: In baseball games, “You hit ’em where they ain’t.” The opposite is true for social media. You hit them where they are. Why reinvent the wheel at that point? Everyone was using Facebook and I was just doing it for fun, so why not send it out on Facebook? It became much easier.

The only reason I moved off Facebook actually is because having a website is a lot faster and HARO has grown a lot bigger. At 125,000 people, you can do a lot more on your own website than you can on Facebook.

But for people who are just starting out, it’s probably the best place to potentially put your customer relationship management. Anything you’re doing on the web is a small group. Chances are that all your fans and your friends are already on Facebook. Why not use it?

Mike: When you first got started on Facebook, was it an immediate hit or did it take some time to build up the following?

Peter: I just said to my friends, “Hey, if you think this makes sense, join it,” and everyone thought it made sense. They said, “That’s brilliant. Yes, we’ll definitely join that.” It just seemed very simple and made a lot of sense. Why wouldn’t you want to subscribe to something like that?

Mike: Was there a tipping point with it or was it just constant growth?

Peter: Yes, the tipping point was when I had to move it to its own website because we couldn’t send out any more emails to more people. So we had no choice. 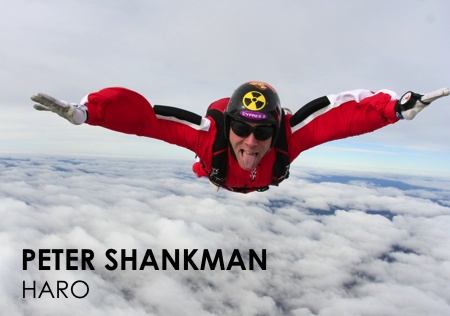 Mike: Especially for those readers who might want to try to start their own network, what are some of the challenges that you faced in the beginning, specifically with Facebook or just building the community in general?

Peter: You want to make sure that you have a good group of people who, for whatever reason, really want you to send them information. You want to be able to send information to the right people. If it’s boring, they’re not going to read it.

The biggest question is, “Is this information valuable to anyone other than just me?“

Peter: It’s not rocket science. It’s very simple. People immediately see the value in the information and why wouldn’t they use it?

Mike: Was it a big challenge porting people off of Facebook and getting them to your own site?

Peter: It was very simple. I said, “Here’s what we’re doing and here’s why we’re doing it and it will be easier for you guys.” Everyone said, “Great, we’ll move right over.”

Mike: How has HARO helped you out?

Peter: Well, obviously it’s a full-time job now and it is generating a tremendous amount of revenue, which allows me to grow the site and make it bigger.

My speaking gigs have gone through the roof, which is really nice. It’s kind of fun. I’m having a really, really good time with it.

Mike: Is most of the revenue coming through advertising?

Peter: All of the revenue is through advertising.

Mike: If you were to talk to some of your peers who were thinking about replicating what you’re doing in a totally different space, what would you suggest is the very first thing that they need to do?

Mike: I’m part of your network and one of the things you do—that I think is kind of cool—is you include little personal notes and stories occasionally into your email blast.

How has that helped you? Is that an intentional strategy that you use or is that just something that’s part of your personality?

Peter: I like to make everything fun, so it really is part of my personality. I like to have a good time with it. So I think that making it personal makes it better.

Mike: Let’s talk about social media in general and get some of your feedback. Obviously, what’s great about your story is you were able to leverage a pretty big social media network, Facebook, and then grow your own social network.

If you could pull out your crystal ball and give me your opinion about how things are going to change in social media down the road, what would you say?

I think that will be great because it will give us the ability to really, truly communicate as a social media world, not just for fun or not just because we have to do it.

Mike: What do you mean by “one network”?

Mike: Are you implying that maybe something like Google Wave, which there has been a lot of buzz about, could somehow be a forerunner in some sort of ubiquitous network?

Peter: I don’t necessarily think it’s going to be Google Wave. Right now I’m really not seeing any value in Google Wave. I think it will probably be some sort of combination of Facebook and something Google does.

Mike: Peter, what’s in store in the future for you, either for Help a Reporter Out or you personally? Do you have any books on the horizon or any projects that you can talk about?

We’re going to be blowing up HARO and growing it up a bit. I really just want to keep having fun with it and keep helping people. I think that’s the goal.

Mike: If folks want to learn more about you, where would you send them?

Mike: Peter, thank you so much for your time.

What do you think about HARO and this interview? Have you used the service?  Do you consider this a form of social media?