Ice cream has always been social. But Cold Stone Creamery has found a way to make it even more so—with Facebook.

The American ice cream retailer, known for pounding and slapping customized creations on a “cold stone,” has long been a favorite of ice cream lovers – enthusiasm that has helped churn out 1,459 locations in the U.S. and 16 countries. 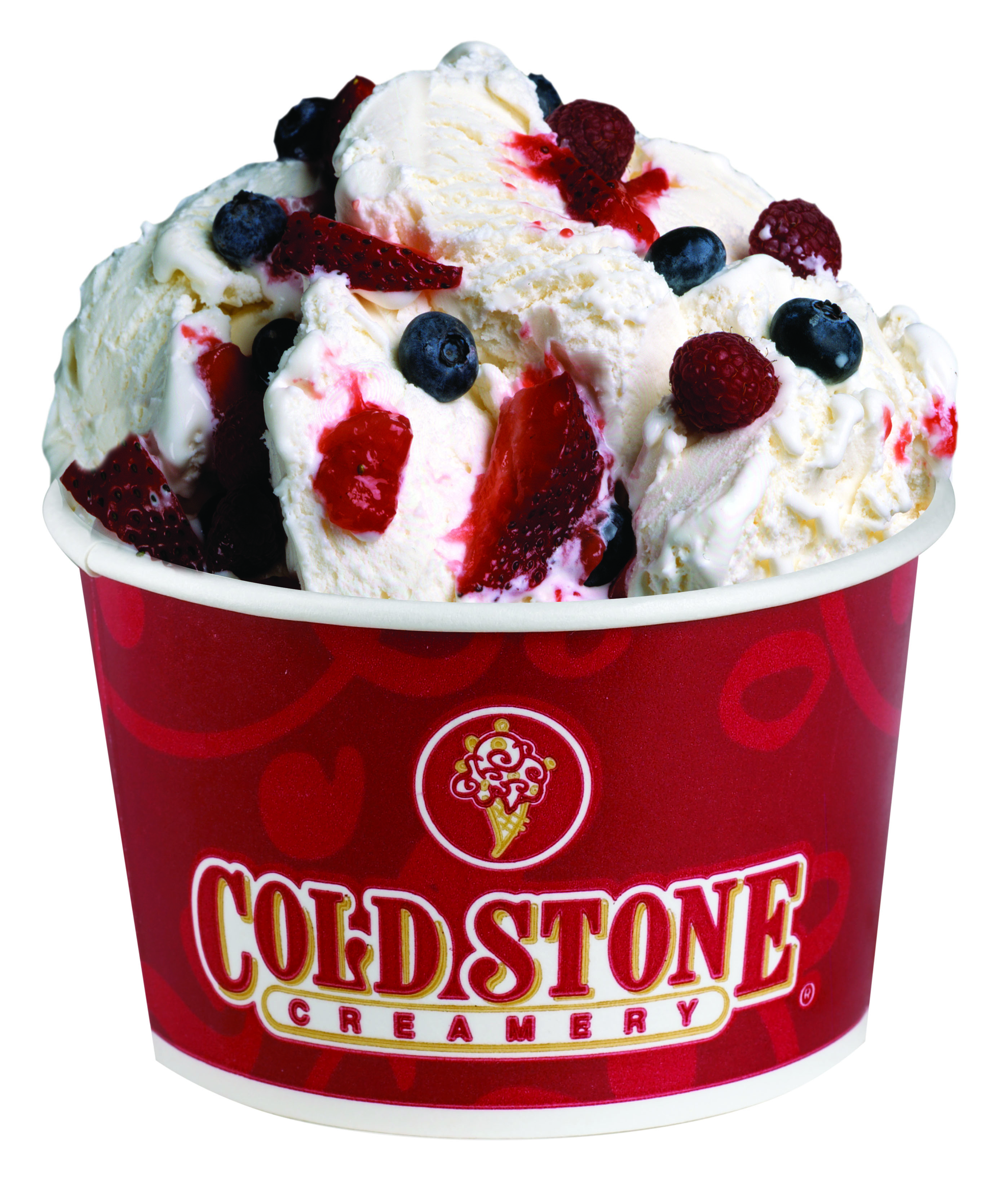 Like many retailers, the company long relied on traditional advertising to spread the word. But a YouTube video contest in 2005 set the company on a social media course.

Today, Cold Stone continues to innovate outside the kitchen, recently releasing what may be the first eGift feature on Facebook, and running contests that get thousands engaged even more deeply with the brand.

The payoff goes well beyond greater customer engagement; Cold Stone’s promotions add to the bottom line by moving people from their computers to physical stores.

If you’re on Facebook, you’ve likely either given or received a virtual “gift” or widget from a friend, an icon such as a birthday cake or heart. These virtual tokens of affection allow friends to express their care.

This July, Cold Stone made eGifting more tangible. Now you can send Facebook friends a code for an actual ice cream creation eGift, ranging from $5 to $7, right from the Cold Stone Facebook fan page for delivery via Facebook or email. Like a gift certificate, recipients can instantly redeem the gift at any of the retailer’s American locations by showing a printout or the code on their mobile phones.

For a viral effect, the eGift shows up in the recipient’s News Feed on Facebook, so all friends can see it.

“The strategy, and really our goal, for eGift was more for that everyday gift,” said Suzanne Schutz, vice president of marketing at Cold Stone Creamery. “So, Veronica is having a bad day. I see that she posted something on her Facebook status. Very easily from the office in 2 minutes, I can spend $5 and send her an ice cream, and it makes her day.”

So far, the results are impressive, delivering on Cold Stone’s goal of increasing revenue for its many franchisees.

“We’ve sold in just over a month and a half, about 2,000 eGifts and we’ve added roughly $10,000 in incremental sales to the franchisees,” Schutz said. “Franchisees love it because they don’t have to do anything. It’s no extra labor. It’s all done in the virtual world, if you will, and then they just watch the sales come in. So they love it. We love it. Our fans love it. It’s definitely a win-win.”

In direct response to Facebook fans’ requests, Cold Stone decided to run a 2-for-$5 coupon campaign. The retailer posted the offer on its Facebook page and notified contacts by email.

Just 3 weeks in, fans had printed more than 500,000 coupons, with more than 20,000 of those from Facebook. Clearly, the campaign went well beyond just pleasing customers.

“Since we launched the campaign, we’ve seen sales increase just about 1 to 1.2%,” Schutz said. “We’ve seen a redemption rate of over 14%. For me as an advertiser, that’s a great ROI. For traditional advertising we would have spent upwards of $500,000 and we would have seen less redemption. I think our average redemption was .02%. So far, it exceeds what traditional advertising and print do.”

A summer flavors contest additionally drove fans to the company’s Facebook page and stores. Nearly 4,000 people entered the contest requiring them to post creative comments of 50 words or fewer about one of three featured summer flavors available in stores.

While official judges chose the winners based on originality, all entrants could share their entries and encourage their friends to vote for theirs. Entrants shared the news more than 3,000 times and more than 1,800 people voted through the application created by Wildfire Interactive.

“We saw 66,000 new fans over about an 8-week period,” said Anne Christenson, director of social marketing. “Obviously, it helps us gain some fans.”

The winners earned a trip to the Scottsdale, Arizona headquarters to work with the Cold Stone taste master on creating their own flavors. From there, Cold Stone will pick its favorite flavor to roll out at stores across the country in 2011.

Lowering the Cost of Sales

Cold Stone has made social media a major part of its marketing strategy, setting a goal of increasing traffic to stores by 3% through social media and non-traditional advertising like email, while reducing advertising spend.

“My main priority is profitability in driving sales,” Schutz said. “It is a lot less expensive than traditional advertising, say, a national billboard campaign or newspaper insert.”

The retailer focuses on four or five key promotions throughout the year, getting the attention of customers through Facebook, email, Twitter and YouTube. On YouTube, the company posts footage from events like its annual “World’s Largest Ice Cream Social,” which benefits Make-A-Wish Foundation.

So far, every campaign with social media has brought a spike in store traffic and sales. Combined with lower marketing costs, the team has truly added to profit margins.

Currently, Cold Stone averages a cost of about 39 cents per coupon redeemed, compared to $3.60 per redemption with print advertising. Now more than half of the company’s advertising budget is dedicated to non-traditional activities like social media.

All that contributes to the company’s goal of raising sales for its many franchisees.

“We let our fans know about our new product launches or programs like eGift and our new flavors. And, in turn, we hope that our fans get excited about it, and then that drives them into our store, and ultimately makes the sale,” Schutz said.

Maintain brand consistency – If partners or franchisees have their own pages, provide suggested posts and content to help maintain the brand image.

How is your organization successfully driving visitors from social media sites to your shopping carts or cash registers? Let us know your comments in the box below.