If you’re new to the show, click on the green “Watch replay” button below and sign in or register to watch our latest episode from Friday, June 29, 2018. You can also listen to the show as an audio podcast, found on iTunes/Apple Podcast, Android, Google Play, Stitcher, and RSS.

YouTube Announces Next Steps in Creator Monetization, Premieres, and More: At VidCon, YouTube announced the “next big steps for creator monetization” and several upcoming updates. YouTube is rolling out channel memberships, merchandising, and new marketing partnership opportunities between creators and brands through its new branded content platform called FameBit. (4:30)

YouTube also introduced Premieres, which allows creators to debut pre-recorded videos as a live moment. When creators choose to release a premiere, YouTube will automatically create a public landing page “to build anticipation and hype up new content.” According to YouTube, Premieres is starting to roll out to creators this week and will be available broadly soon.

Instagram Introduces Video Chat in Direct, Topics Channel in Explore, and More: At Facebook’s annual F8 Conference, Instagram debuted video chat in Instagram Direct, Topics channels in Explore, and new camera effects for Stories. All three were rolled out to all users on both Android and iOS this week. With the new video chat feature, users can video chat with up to four people at a time. Users can video chat with anyone with whom they already have an active Direct thread and the video will expand as more friends join. (21:52)

Instagram has made it “even easier to browse through posts you want to see and accounts you want to follow” by rolling out Topic channels on Explore. The Explore tab now features a For You channel, which has a mix of posts tailored to your interests, as well as channels on topics such as Art, Sports, Beauty, or Fashion and a list of hashtags that you can follow. 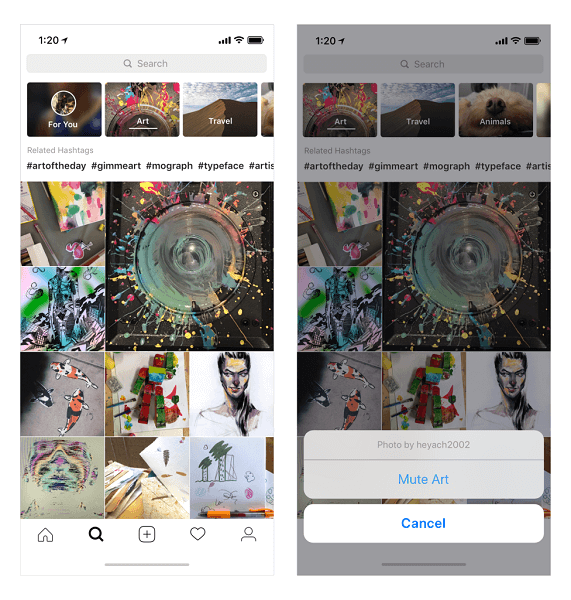 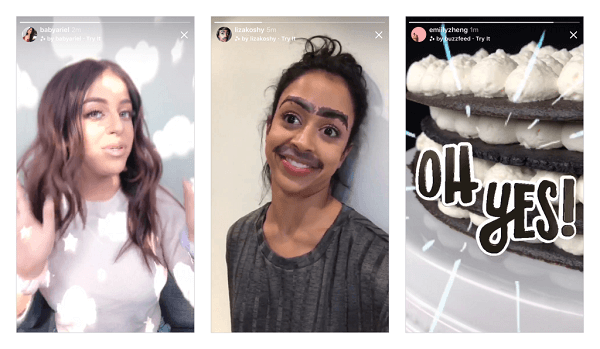 Instagram Introduces Music to Stories: Instagram users can now select music from a music library to add to their in Instagram Stories or choose a song before capturing a video when they open the Instagram camera. Music selection can be found by tapping the Music icon, found among the stickers, GIFs, and hashtags that can also be added to a story. The new music feature is now available as part of Instagram version 51 in select countries, and the ability to choose a song before capturing video is available on iOS only, with Android coming soon. (24:43) 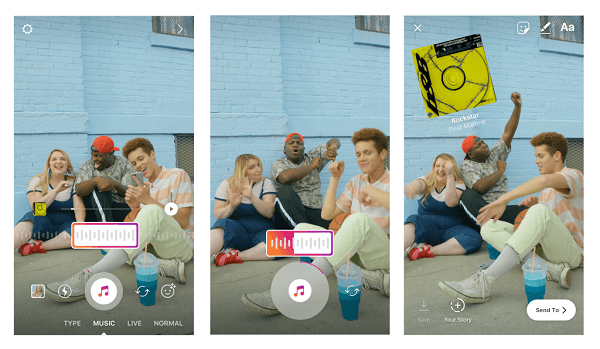 Instagram Publishes IGTV Guidebook for Creators: Instagram published the Instagram Creators Handbook, an official, downloadable guide to IGTV for creators. The 50-page guide covers a range of tutorials such as top tips, suggested apps and tools for creating and editing IGTV video, and video uploading advice. The guidebook was shared by Matt Navarra. (32:50)

Instagram has published an official guide to IGTV for creators

Facebook Introduces Info and Ads Section on Pages: Facebook added a new Info and Ads section to pages that allows anyone on Facebook to view the active ads a page is running across Facebook, Instagram, Messenger, and Audience Network. It also allows users to learn more about the page such as the date created and any previous name changes. Facebook notes that it will continue to add more details about the page over time.

Facebook Files Patent for Tracking Offline Ads With Mobile Technology: Gizmodo reports that Facebook applied for a patent titled, “broadcast content view analysis based on [an] ambient audio recording.” With this technology, Facebook would be able to use an ambient audio fingerprint or signature that’s inaudible to the human ear in broadcast content like a TV ad. When a hypothetical user is watching this ad, the audio fingerprint would trigger their smartphone or another device to turn on its microphone, begin recording audio, and transmit data about it to Facebook.

LinkedIn Adds Native QR Codes for Personal Profiles: LinkedIn introduced LinkedIn QR code to make it easier to connect on the spot when meeting someone in person. The LinkedIn QR code can be accessed by clicking the QR code icon in the search box found on the Home tab. It is available now in the LinkedIn iOS and Android apps globally. 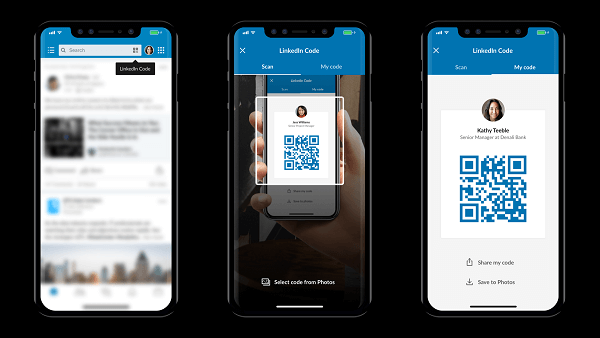 LinkedIn Unveils Translations in the LinkedIn Feed: LinkedIn posts that are in a different language than you speak will now show a See Translation button within the LinkedIn feed, the recent activity section on someone’s profile, and the post detail page. The See Translation feature is available in more than 60 languages including Spanish, Japanese, and German to a majority of global members on desktop and mobile web and more languages will be supported in the future. This feature is coming to the LinkedIn iOS and Android apps “in the next few weeks.” 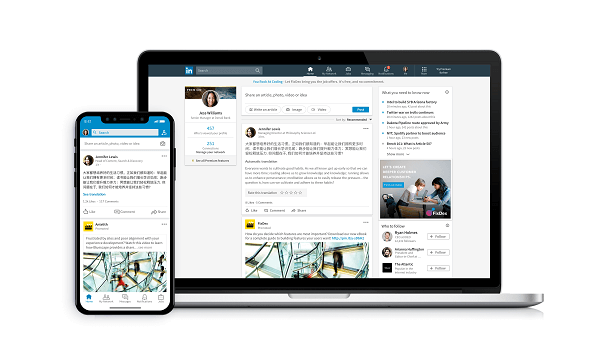 Snap Inc. Optimizes Spectacles for External Sharing: Engadget reports that images and videos shot with Snap Inc.’s Spectacles can now be shared outside of Snapchat. The eyewear now comes equipped with sharing options that generate square-shaped and widescreen photos and videos and black and white background options for circular images. This update is slowly rolling out to both Snapchat for iOS and for Android.

Very proud to say this: our in-stream video offering for advertisers and publishers is *officially* open for business around the world. 🌏 A massive cross-functional effort across eng, product, partnerships, sales, finance and legal — congrats to all. https://t.co/AuT5rpNThn

Facebook Updates Ongoing Subscription Test for Instant Articles: Last October, Facebook began testing subscription support in Instant Articles with 10 publisher partners. Facebook reports that the initial test has been successful and it’s now adding several updates to the program. These include tools that enable publishers to define when a reader sees a paywall, support for time-based special offers on the Instant Articles paywall and pre-paywall upsells, and a propensity model that predicts how likely someone is to become a subscriber to a certain publisher. 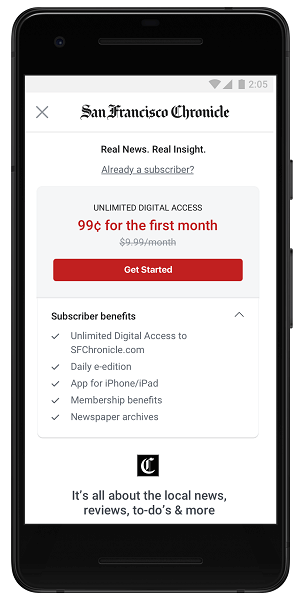 Facebook also announced that it’s exploring other ways it can “help publishers grow their digital subscription businesses on and off Facebook” and expanding its efforts into Latin America with the addition of O Globo in Brazil to the testing partners.

Facebook Rolls Out Two New Fundraising Tools: With over $20 million raised in 11 days to RAICES (Refugee and Immigrant Center for Education and Legal Services) on Facebook, the site rolled out two new features this week. Pages representing public figures or brands can now donate to nonprofit fundraisers and people can now make a recurring monthly donation to a nonprofit.

After taking in $25M, Facebook fundraisers get more ways to raise cash for causes: https://t.co/oPd2KUUdLK

Facebook Launches Oculus TV: Facebook launched Oculus TV, “a new and immersive way to experience your favorite shows, movies, and more on Oculus Go.” Oculus TV offers a hub where you can watch shows from Hulu and SHOWTIME, sports programming like MLB Live through Facebook Watch, and much more. 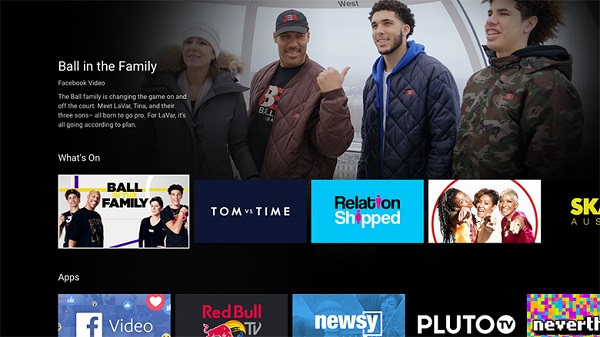 Facebook Prototypes “Your Time on Facebook” Tool: TechCrunch confirms that Facebook is developing a new tool that will show a tally of how much time you spend on the Facebook app on your phone. It will show a 7-day time span and your average time spent per day. It will also allow you to set a daily reminder that alerts you when you’ve reached your self-imposed limit. This is similar to other digital wellness initiatives that rolled out to YouTube and are being tested on Instagram. The code and images of Facebook’s digital well-being tool were discovered by Jane Manchun Wong.

Facebook prototypes tool to show how many minutes you spend on it https://t.co/duLXJEGI5a by @joshconstine pic.twitter.com/UysyWBHXEO

Facebook Experiments With Snoozing Specific Keywords: Facebook is testing Keyword Snooze, which gives users the option to temporarily hide posts based on text directly pulled from the post. An example given in the announcement is spoilers on television or movie endings. With this new feature, users can block news feed posts containing that exact word or phrase from any person, page, or group for 30 days. 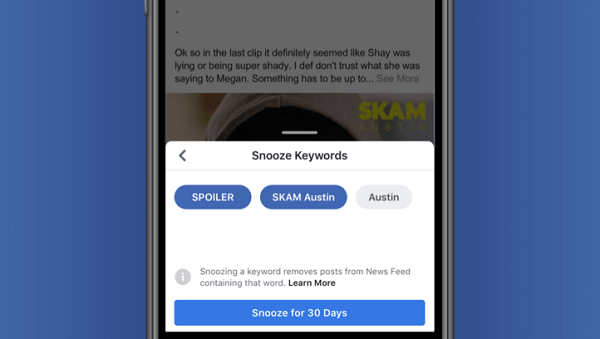 Facebook Workplace Makes a Push for Non-Profit Segment: Facebook Workplace launched a new tier called Workplace for Good, a free version of its enterprise product for non-profit organizations and schools. Workplace by Facebook is designed to look and function just like Facebook, with the same ability to create content, connect, and take action with other users. Along with releasing Workplace for Good, Facebook also created a special Multi-Company Group on Workplace where non-profit or educational institutions can create their own community, ask questions, share tips, and swap best practices. It’s open to anybody with a Workplace account.

Today we’re excited to announce the launch of Workplace for Good. #Workplace4Good is a global program that supports…
Posted by Workplace by Facebook on Wednesday, June 20, 2018