If you're new to the show, click on the green “Watch replay” button below and sign in or register to watch our latest episode from Friday, February 9, 2018. You can also listen to the show as an audio podcast, found on iTunes/Apple Podcast, Android, Google Play, Stitcher, and RSS.

Snap Inc. Shows Solid Growth in 4Q 2017 Earnings: Snap Inc.'s Q4 2017 Earnings Report revealed that Snapchat has managed to gain 8.9 million daily active users during the most recent quarter, bringing its total to 187 million. While the platform still lags behind Instagram's and Facebook's daily active user totals, this leap marks the company's most significant growth since 2016. The results show that Snapchat's renewed strength came in large part from the developing world, which added 3 million daily users and doubled its average revenue per user. (27:25)

Snapchat Continues App Redesign Rollout: In late November, Snapchat announced a huge overhaul to the app that will organize content “around your relationships and personalized just for you.” Although the early rollout of the redesign has been met with some negative reactions from its first users in the UK, Australia, and Canada, the company stated in its 4Q 2017 Earnings Report that it expects it will “take time for [its] community to get used to the changes but overall, [they] are pleased with the initial results and will be making the redesign available to our entire community in Q1 2018.” (32:06)

TechCrunch reports the new look will include two new features. These include a Do Not Disturb tool that mutes Snapchat notifications with one button and new text styles that will be similar to Instagram Type Mode.

Snapchat Opens Event-Specific Face Lens Creation to More Users: Snapchat opened its Lens Studio “to allow anyone to make their own event-specific face Lenses.” Users can choose from up to 150 premade templates available at launch or upload a face image to build their custom lens. From there, they can add text to finalize their lens. The Next Web reports that this feature is available on desktop and through the iOS app for U.S. users. Versions for Android and the rest of the world will be “soon to follow.” (33:56)

Snapchat Will Live-Stream Winter Olympics Highlights: Starting on February 10, Snapchat will begin broadcasting live snippets of the Winter Olympic coverage directly into the app. These videos will be shown in a special player that shows the full horizontal TV stream in the bottom quarter of the screen. Users can tap to select which vertical slice they want to see zoomed into in the top three-quarters of their phone. They will also be able to sign up for notifications about all future live broadcasts, or just ones about specific sports. (38:19)

Snapchat currently has neither plans to expand live-streaming from the app to regular users nor broadcast entire sporting events or shows. A spokesperson for the company states that its users “have not been clamoring for Live broadcasting abilities and the company doesn't see many use cases for them.”

Throwing shade at Facebook, Snapchat says there are no use cases for users going Live https://t.co/Q2xlDGS3Sx by @joshconstine

Snapchat Launches In-App Store for Company Merchandise: Snap Inc. launched a merchandise store called Snap Store within the Snapchat app's Discover section. TechCrunch suggests that while the store only offers fun, quirky Snapchat-related merchandise like a plush “Dancing Hot Dog” and “Dog Lens” t-shirts, for now this endeavor could prove the potential for an in-app commerce platform for other brands. Snap Inc. states that products sold in the store currently ship to U.S. addresses only and hasn't yet confirmed plans to expand the store at this time. (39:41)

Snapchat’s new merch store could be the prototype for an in-app ecommerce platform https://t.co/zDlmTnolRa by @joshconstine

Patreon Introduces Patreon Lens: Patreon launched Lens, a new mobile app feature that allows creators “to easily share exclusive, behind-the-scenes content with their patrons” and deliver “authentic unedited content” that disappears after 24 hours to paying fans. The new Patreon Lens is available with the latest version of the Patreon app on iOS and Android. (43:12)

Facebook Messenger Tests New “Your Emoji” Status Updates: Facebook Messenger is testing the ability to add an emoji to a profile photo in Messenger to let your friends know what you're doing or feeling at the moment. TechCrunch confirms that this new feature is called Your Emoji and will be visible on profile pictures in the Activity tab for up to 24 hours. If the test proves popular, it could potentially expand to the inbox and message threads. This new feature was discovered by Matt Navarra.

Facebook Offers New Playlist Feature: Facebook appears to have rolled out a new Playlist feature for showcasing and organizing your saved videos. Facebook hasn't officially released any details about this possible new tool. This option was spotted in the drop-down menu on a video ad post by Matt Navarra.

Facebook Releases Monetization Manager: Facebook alerted publishers and businesses that Monetization Manager will replace the Audience Network tab on the Facebook for Developers site as of March 1 and suggests that they upgrade to the new platform “as soon as possible” to minimize disruption to their accounts. The new Monetization Manager can be found in Business Manager and was built to help publishers “better manage their placements across their apps and sites, analyze performance with deeper reporting, and access advanced optimization tools to help maximize revenue,” all in one place. This update was shared by Matt Navarra. 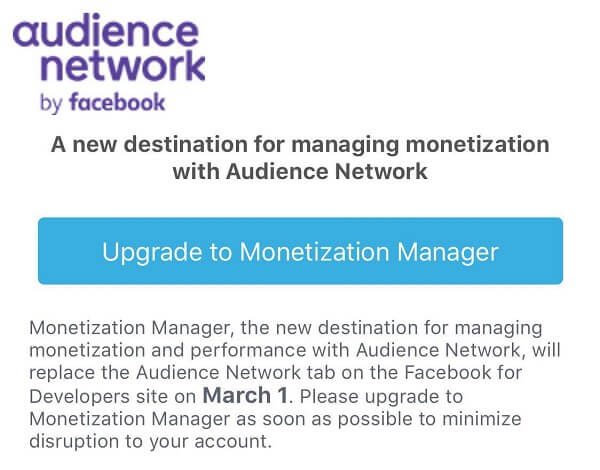 Facebook Tests Snap Map-Like Feature in Stories: Facebook appears to be testing a new location-sharing feature within Stories. A screenshot of the new tool reveals that it functions similarly to Snapchat's Snap Maps, which allows users to share their location anywhere in the world with friends on a large map and highlights their videos or images from that spot. Similarly, this new feature found in Facebook Stories allows users to select to show stories to the “World” and allows them to view other stories or photos on a map if shared to “World.” Facebook hasn't revealed any details about this possible new feature. It was shared with us by Matt Navarra.

NEW: Facebook is testing a Snapchat / Snapmap-like feature for Stories

Instagram Tests Shoppable Collection Ads: Instagram has started testing a version of Facebook's shoppable Collection ads within its main feed. Like on Facebook, these ad units seamlessly blend videos and product catalogs where consumers can swipe to view individual products and complete purchases without leaving the app. Instagram is currently testing this new ad format with a “limited number of advertisers” including fashion and beauty brands Birchbox and Revolve, but plans to offer it to more advertisers in the coming months.

Instagram Tests Ability to Share Public Posts to Stories: Instagram confirmed it's testing an option that allows users to share public feed posts to their own followers through Stories. TechCrunch reports that this new feature is currently being tested with “a small percentage of users.”

.@Instagram tests re-sharing of others’ posts to your Story https://t.co/if7uLaPjmT

Instagram Tests New Cinemagraph Camera Feature: Instagram appears to be testing a new Cinemagraph feature in the camera. Cinemagraphs are a video format that features an animation in an isolated element of the video while the rest of the action is frozen like a still image. This possible new feature was discovered by Matt Navarra.

Vine Founders Reportedly Developing Replacement for Retired Video Sharing Platform: Details are emerging about the release of a new video sharing app to replace Vine, which was shuttered over a year ago. TechCrunch reports that the original founders of the Twitter-owned Vine app are reaching out to former Viners and social media star managers “in hopes of establishing ties with some top content creators to get feedback and fuel the [new] app's eventual launch.” The new version of the app is being called v2 and is expected to debut later this year.

Twitter Marks Increase in Tweet Sizes With New Character Limits: On a call with investors, Twitter CEO Jack Dorsey stated that the recent expansion to a 280-character limit “hasn't actually changed the length of messages people are sending out – but it has led to more engagement.” While users now have the room to send longer tweets, the average tweet size has remained the same. However, there are more retweets and more mentions, higher follower rates, and less abandonment of tweets.