Social gaming is barely 3 years old, and already companies such as Zynga are reportedly earning $500,000.00 per day! And your brand can benefit from this hot market.

“OK, I’m impressed. Now what is social gaming exactly and where do I play?”

At first blush, social games aren’t too different from traditional online gaming. Both types focus on entertainment appealing to a wide audience, with simple mechanics and relatively short periods of play. Yet unlike traditional gaming, social games are distributed through social networks and existing relationships with other users through invite systems, news feed postings, user-to-user notifications or paid acquisition.

Social gaming allows games to create unique content and characters by tapping into a player’s existing social network. This social DNA has made games such as Crazy Planets, Mafia Wars, and Farmville incredibly successful.

According to the Inside Virtual Goods: The Future of Social Gaming 2010 Report, there are three core elements a game or service should have to be considered social:

Though there are numerous types of social games, the Inside Virtual Goods Report does a great job of chunking them into four basic buckets. 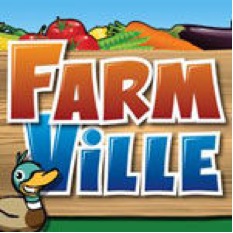 Players are responsible for managing resources to achieve a specific, somewhat predetermined goal. With finite resources, players are left to make key decisions.

An example is FarmVille where you grow delicious fruits and vegetables and raise adorable animals on your very own farm. Watblog reports that FarmVille has an astonishing 82.4 million active users and over 23.9 million Facebook application fans.

Social gambling mimics popular examples from real life, except games are played with digital dollars, rather than hard currency. Alternatively, you can accumulate points to win a prize. ESPN’s Streak For Cash boasts over 3 million players per day and is a seven-figure earner for the sports giant, according to John A. Walsh, executive vice president and executive editor of ESPN

These allow users to care for a pet or avatar, like in Nintendogs or Tamagotchi. This type of game serves a specific emotional need, and promotes healthy nurturing and social interaction.

“Who Has Time for this Besides Kids?”

Social games are rapidly maturing and currently span numerous demographics. Teenagers to grandparents are enjoying games from Farmville to Mafia Wars, spending endless hours with fellow players and then posting their scores for the entire world to see.

MSN Games reports 40% of their casual games customers are college graduates or higher, 25% are in a professional or managerial role at work and 55% have a household income of $50K or more.

“How Do Social Media Games Get Monetized?”

Though some games still rely on traditional advertising models, an increasing number of game makers are trying new ways to monetize their efforts, and with success. It’s often a numbers game, with developers focusing on simple design supported with incentives through progress and rewards.

The end game, though, is always easy sharing.

To leverage word of mouth, developers must focus on creating dynamic game titles that incorporate the ability to build social capital for bragging rights; leader boards that aggregate statistics, achievements, user rankings; and access to tools that improve status. Facebook makes it easy to spread the word with features such as Facebook connect publish2stream, notifications and “liking” a page, as well as other sharing features.

However, popular doesn’t mean profits unless you have a longer-term monetization strategy in place.  CNET recently reported that gamers are actively making purchases to enhance their gaming experience, with free-to-play games paving the way for monetization.

According to Inside Virtual Goods, monetization strategies are usually one of the following:

A rising trend with promised growth. Virtual goods are the new Holy Grail for game designers, allowing developers to monetize products that don’t technically exist. Virtual goods include in-game items like power-ups, avatar accessories, or decorative items users purchase within the game itself.

Virtual goods account for over 90% of all revenue generated by the world’s top social game developers. Designers optimize user experience through additional gameplay, missions, and quests, without having to worry about overhead or unused stock. It’s no wonder they are so popular.

In-game advertising is gaining slow but steady traction in the world of virtual fun, with sponsorship from premium brands also growing at a modest but steady pace. So far, social game developers have been far more focused on building small, scalable virtual goods-based models than building games tailored to pitch to brands.

White label games are built once, then individualized and licensed again and again. A developer can create a quality app focused on fun while leaving the edges of the game open for branding. This allows developers to market their game to companies that can find new and interesting ways to bond with, expand, or sell to their audience.

Why Should Brands Start Jumping Into the Social Gaming Space?

The name of the game is more eyeballs and longer brand engagement. And companies such as Arkadium are planting their flag in this trend. As stated on their site, “Arkadium creates innovative game solutions for consumer brands, ad agencies, online gamers, and any company looking to expand their presence. Our games reach millions of people across all demographics through the most popular online destinations.”

Their client roster is impressive, with some detailed testimonials from clients such as AARP that said, “After the launch, traffic shot up to an average of 4.5 million page views, an increase of 294 percent.”

What’s the Future of Social Gaming?

It’s clear—games are becoming the community and community becoming the game. Foursquare is a perfect example, with social capital badges given out or unlocked based on offline behaviors. Foursquare has exploded to 1.8 million users, and with a rumored cash infusion coming its way, according to the Wall Street Journal.

Gaming in China is bigger than ads or search, which might explain Google’s reported $100-$200 million investment in Zynga, a top social gaming company. Even a listing by appdata.com of the top five games paints an astonishing picture of growth in social gaming.

Just look at 2009 and the first half of this year and it’s easy to see where we’re headed.

Social media is a game-changer. It’s impacting who plays, along with when and where they do it. Because of the viral aspect, social media even affects how games are developed and their shelf life.

According to Zynga, a company’s success revolves around three factors:

Gaming success is dependent on platforms such as Facebook for continued benevolence to their developers.

Are You a Social Gamer?

If you’ve ever counted followers, retweets, comments or even sent a good-karma chain letter, then you, my friend, are probably “guilty.”

If you Twitter, link, Stumble or Digg, share, measure, collect bookmarks… If you have created an avatar, asked for notification of messages, events, comments, etc… by definition, you’re a social gamer.

Do you play social games? Have you considered creating a game for your business? Please leave a comment in the box below.