Pinterest Rolls Out New Looks for Business Profiles: Pinterest announced several updates to its business profiles including a new rotating showcase that “sits right at the top of your profile” and is the “first thing people see.” The showcase offers a way for brands to introduce themselves and craft the story of their business.

Pinterest also rolled out the ability to highlight up to five of boards and buyable pins to share on the web and a “bright, new design” that’s consistent across the web and mobile experience. Pinterest confirms that users will start to see these new improvements on the Pinterest website and apps this week.

Twitter Enables All Users to Create Moments on Mobile: Earlier this fall, Twitter opened its Moments feature to all users on the web. This past week, Twitter expanded this capability to mobile users too. Twitter offers a step-by-step tutorial on how to craft “your own Moment” on mobile through a series of tweets. Twitter moment creation is available now on iOS and Android.

Pinterest Expands Promoted Pins to Canada: Pinterest announced that promoted pins are now available to Canadian companies. On the Pinterest for Business blog, the company states that while “ads aren’t new for Canadian Pinners… now they’ll begin to see Promoted Pins from local companies” as they browse through the site. Not only do promoted pins “blend right in with the rest of the content on Pinterest” and help pinners find what they’re looking for, they also “reach them at the moment they’re looking for it.”

It’s now easier than ever to see the buzz around your Tweet with reply counts and organized conversations: https://t.co/GM7DBEZbJr. pic.twitter.com/FgaH2I4nsI

Facebook Launches Creative Hub Globally: Facebook rolled out the Creative Hub, “a new destination where marketers and advertisers can be inspired by great creative, design their own and share it with others.” Facebook also introduced a new Inspiration Gallery that will “showcase examples of outstanding mobile creative across Facebook and Instagram.” Facebook built Creative Hub “to be a faster, easier way to produce ideas that capture attention and delight people where they’re spending their time – on mobile.” This new tool has been tested by more than 30 creative agencies since it was first announced in June and is ready to be used by the “entire global advertising and marketing community.”

Yelp App Enables Check-in Photos With Star Rating and Bookmark Sharing: Yelp announced a new way for customers to share their experiences at local businesses with “Yelfies,” a check-in photo that captures a location’s surroundings “in the moment.” Along with the image, users can add the business name and star rating or share their photos with friends and family. Yelp also added the ability for users to share their bookmark collections on the site with other users to see and follow. These new features on the Yelp app are available on both iOS and Android devices.

Snapchat Shuts Down Story Explorer Feature in Live Stories: Marketing Land reports that “Snapchat has removed the Story Explorer feature from its Live Stories.” Snapchat introduced this feature a year ago as a way to “see a moment that inspires or excites you… from every perspective” and arranged deals with the NFL and AEG Live, a global festival promotion and production company, to use this feature to connect with fans. Marketing Land cites issues in its content delivery and Snapchat’s move towards other ways to “add depth to its Live Stories” as possible reasons for this decision.

Instagram Launches Screenshot Alerts for Disappearing Messages: The Verge reports that Instagram now alerts users when someone takes a screenshot of their image. However, the article emphasizes that this will occur “only when the photo or video is part of a temporary direct message sent through Instagram Direct.” Instagram launched the ability for users to share “disappearing photos and videos” directly to groups and individual friends to all users worldwide last week.

Instagram will notify users if you take a screenshot of their private message https://t.co/eO83seLf0L pic.twitter.com/fgNSYYVYfa

Facebook Adds Instant Games to Messenger and News Feed: Facebook launched Instant Games, “a new HTML5 cross-platform gaming experience, on Messenger and Facebook News Feed for both mobile and the Web.” This new experience allows users to “easily discover, share and play games” completely within Facebook. Games can be accessed through a game controller icon found in the Messenger chat box and feature scores, leaderboards, and group thread conversations. Instant Games can also be played on Facebook news feed, “enabling a seamless cross-platform experience where people can discover new games through recommendations, posts, challenges, and the Facebook Pages of individual games.” Instant Games is currently available in 30 countries for iOS v8 or later and Android v5 or later.

Facebook Removes Live API Access From Prisma App: Earlier this month, the Prisma app allowed iOS users to “start broadcasting via Facebook, with the option to apply one of eight Prisma filters to their live streams” in real time. TechCrunch reports that Facebook has since removed Prisma’s access to the Live API, citing that the app “streams video from a mobile device camera, which can already be done through the Facebook app” and that “the Live Video API is meant to let people publish live video content from other sources such as professional cameras, multi-camera setups, games or screencasts.” The article points out that “Facebook is in the midst of rolling out its own style transfer filter feature” and Prisma would be a clear competitor to it.

4 Stages to Better Marketing Performance: Many marketers lack the resources to quantify their returns on marketing spend. But if you’re unable to understand where your dollars have the greatest impact, it’s difficult to stay on track for success. Learn how you can turn your marketing plans into revenue drivers. Get your copy today! 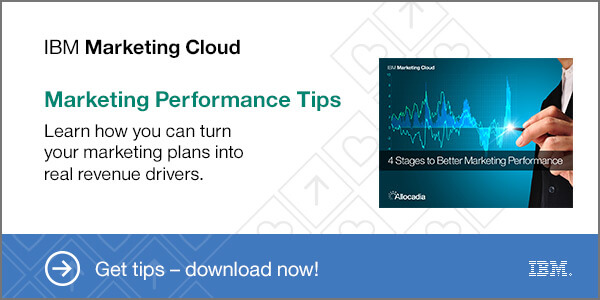 Facebook Traffic Report: GetApp Lab surveyed 500 small- and mid-size business owners and found that 25% say that Facebook is “not effective” at driving organic traffic to their sites. Less than 10% said Facebook is “extremely” or “very” effective in driving traffic, despite the fact that two-thirds of Facebook’s 1.71 billion users log in every single day. While Facebook is seen to be effective for many big brands and publishers, the report indicates that one in five small business owners (19.5%) say their business isn’t even on Facebook. Changes to the Facebook news feed algorithm that prioritize “friends and family over other sources” led to a decrease in effective referral traffic and views for small businesses.

2017 Digital Marketing Predictions From the Experts: SimplyMeasured asked the top business leaders, strategists, marketing executives, and social media influencers what they think is on the horizon for social and digital marketing in 2017. This guide provides expert insights on how to tie social media and digital to business results, traditional KPIs, and other marketing efforts together.

The Payoff of Improved Sales and Marketing Alignment: New research from JointheDots and LinkedIn demonstrates the financial benefits of closely aligning sales and marketing departments within organizations. Seventy-nine percent of those surveyed agree that “there is a culture of collaboration between sales and marketing at their company” and 54% attribute “boosts [in] financial performance” as a result of this. The data shows that 70% of sales professionals and marketers say alignment delivers a better customer buying experience and 58% say collaboration delivers improved customer retention. Conversely, a lack of alignment reportedly leads to weaker financial performance (60%), poorer customer experience (59%), and reduced customer retention (58%).

Gartner 2016-17 CMO Spend Survey: A new report from Gartner shares that marketing budgets now account for 12% of company revenue. The findings reveal where marketing budgets are expected to increase and how CMOs plan to shoulder the heightened responsibility of delivering on short-term performance and long-term customer experience.