Welcome to our weekly edition of what's hot in social media news.

Periscope Introduces Replay Highlights, Embedding, and Live Autoplay: Periscope introduced three new features “to make it easier for you to discover and watch the broadcasts that you're interested in.” These new features include Highlights, “which automatically generates a short trailer for every Periscope broadcast” and the ability to embed Periscopes “anywhere on the web by simply embedding the Tweet.” Periscope also rolled out autoplay for live broadcasts on Android. According to the Periscope blog, “live broadcasts will autoplay in the Watch Tab and Global Feed without sound, so you can see what's happening around the world immediately when you open Periscope.” Replay highlights are currently available on iOS and Android. Live autoplay is available now on Android and is “coming soon” to iOS.

Facebook Launches New Webinar Series for Business: Facebook Blueprint launched a new webinar series on “the latest strategies for growing your business through Facebook, Instagram and the Audience Network.” The topics include “how to use Instagram in your marketing strategy, crafting video for mobile, performance marketing best practices, what you need to know to plan your holiday 2016 campaign and much more.”

Snapchat Adds Suggest and Screenshot Features: Snapchat confirmed that it “quietly added a new feature” that offers users “the option to suggest that a friend follows someone” on Snapchat. TechCrunch reports that the new Suggest feature can be accessed by going into the Stories list, then tapping and holding on someone's name. The blue arrow on the right allows you to send the account to other people. The recipient will then receive a private chat message with the suggested account's details and information, as well as the ability to add it right away. Snapchat users now also have “the ability to screenshot someone else's Story, then share it to yours” through Snapchat's new Memories feature. As the article notes, “if you follow someone hilarious or insightful [on Snapchat], you can easily encourage your own followers to add them” by sharing their “Snap-recaps” and suggesting them to your followers.

Twitter Opens Application Process for Requesting Verified Status: Twitter opened “an online application process for Twitter accounts to receive verified status.” According to Twitter's company blog, “an account may be verified if it is determined to be of public interest.” This typically includes “accounts maintained by public figures and organizations in music, TV, film, fashion, government, politics, religion, journalism, media, sports, business and other key interest areas.” However, the application process is open to all Twitter users. The steps to request a verified account and recommendations on how to get approved can be found on the Twitter Help Center site.

We've created an online application process for anyone to request verified status on Twitter —see how via @NBCNews. https://t.co/owZARq35Na

Facebook Messenger Reaches New Milestone of Over One Billion Monthly Users: Facebook announced that “more than 1 billion people now use Facebook Messenger every month, making Messenger one of only a handful of apps worldwide that touch so many lives.”

Facebook Introduces New Ways to Advertise Apps: Facebook announced “a new way for advertisers to reach the people who will bring more value over time” and offers “new ways for businesses to drive app installs and re-engagement.” These include dynamic ads for app installs and the ability “to showcase apps in a more immersive ad experience” through Canvas. Facebook also rolled out App Event Optimization, a new product that enhances mobile app advertising and “helps businesses maximize long-term app value – beyond the install.” App Event Optimization is now available worldwide while dynamic and Canvas ads for apps will be rolling out “over the next few weeks.”

Snapchat Rolled Out Support for Bitmoji: Snapchat announced that it has “joined forces” with Bitmoji to enable users to “send Bitmojis in chat or stick them on Snaps.” TechCrunch reports that “users can link their Bitmoji account in Snapchat using their credentials and the avatar they created will appear in the app ready to use.”

Facebook Allows Android Users to Save Videos: Facebook for Android now “lets you save [Facebook] videos that you can later watch offline.” The Next Web reports that this functionality is now available worldwide to all Android users with the latest version of the Facebook app.

Facebook for Android now lets you save videos to watch offline https://t.co/lbZWpM3wBJ pic.twitter.com/FQgW99eHdo

Canva Rolls Out Canva for iPhone App: Canva launched its first iPhone app, which allows users to “create beautiful designs in seconds” and upload them to their social media channels directly from their smartphone. Prior to this launch, Canva was only available to users on the web and through an iPad app. According to the Canva Facebook Page, a Canva Android app is “already in the works.”

Introducing Canva for iPhone! We've got some huge news to share: We just launched Canva for iPhone! (Android is already in the works 🙂 ) So take your creativity on the go and get the app here: http://canva.me/fb-get-canva-app #canvaiphone

Yelp Partners With Pokémon Go to Draw Customers: Yelp announced “a new feature and search filter to better help you catch 'em all” in the wildly popular augmented reality mobile game, Pokémon Go. Yelp users can now “search Yelp.com for businesses with a nearby PokéStop” on mobile or desktop. This new PokéStop search filter is “enabled on iOS and Android and is currently available in the U.S., U.K., Australia, New Zealand, Germany, Spain, and Italy.”

Facebook Extends Video Length and Other Capabilities on Live: Facebook is rolling out “several updates to its live streaming capability.” VentureBeat reports that “people and Page administrators will now be able to broadcast longer with Facebook Live – up to 4 hours per session” and will be able to do so “in full screen and video-only mode.” The article also notes that Facebook Live users will also have the option to “temporarily … hide reactions and comments during live broadcasts.”  All of these updates are slowly rolling out on both iOS and Android and will be available to all Facebook Live users in the coming weeks.

Twitter Tests Redesigned Tweet Composer: “Twitter is experimenting with a new look for the tweet composer in its iOS app.” Mashable reports that “the redesign puts the tweet composer at the top of your timeline, along with the camera icon for adding a photo, video or live stream.”

Snapchat Developing Object Recognition: Business Insider reports that “Snapchat appears to be working on a new ad product that would use image recognition to pick out real-world objects in users' snaps in order to serve them related filters, ads and coupons.”

Facebook Tests Snapchat-like Disappearing Updates: TechCrunch reports that Facebook is “still trying to mimic Snapchat with a new Stories-style feature it's testing called ‘Quick Updates'.” According to the article, “these 24-hour ephemeral updates are buried in a special part of the app, and won't show up in News Feed or on your profile.” This feature is currently being tested “with some but definitely not all users.”

The State of Customer Analytics 2016: Forrester and Burtch Works, an analytics executive recruitment agency, surveyed customer analytics professionals about their current efforts to turn customer data into actionable insights. This report examines the top data sources being used for analytics and measurement, the types of analysis being done, how and where the insights are being applied, and the challenges faced by the industry.

How Fans Are Using Facebook Reactions: Unmetric analyzed 6.2 billion Facebook reactions from more than 32,000 Facebook brand pages between April and July 2016 and explored how users have adopted reactions since their launch in mid-March. During this period, reactions on Facebook increased from an average of 62 reactions to 80 reactions per post, a growth of 29%.  The study also found that a large majority (93.5%) of reactions to posts on brand pages continue to be “likes,” but the adoption rates of the other reactions continues to grow steadily.

Context, Commerce + Customer: Best Practices to Exceed Expectations Report: According to a recent report from the CMO Council and SAP Hybris, more than a third of marketers (39%) believe their technology investments have adequately met expectations in terms of measurement and customer interaction. However, they appear to be falling short when it comes to other factors that ultimately impact customer experiences, such as connecting content and campaigns with capabilities and logistics. Sixty-one percent of those surveyed say that big data engagements and intelligence will have the greatest impact of any emerging technology on the customer experience and within their organizations. Twenty-eight percent are relying on “digital dexterity,” which is defined as core employees' cognitive ability and social practices that define digital business success, and 18% are looking to live-streaming video to improve their customer experience. 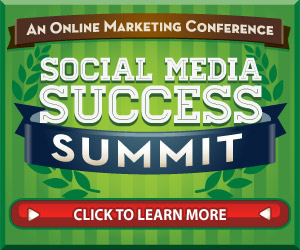 Will you target specific audiences on Facebook Live? Is the new Snapchat Suggestion feature something you'll use? Please share your comments below.